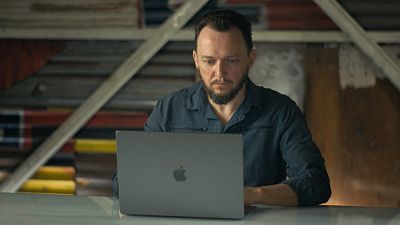 For a long time, the world of hacking video games was shrouded in secrecy. Until security researcher, Adrian, lifted the lid on his methods.

Adrian is a Polish immigrant who grew up in the US, but in the hacking community he’s better known by his pseudonym 'Manfred'.

As Manfred, he’s spent over 20 years diving into the coding of video games to exploit their weaknesses and sell the plunder.

Manfred first realised how lucrative the world of online game purchases was when he sold a virtual property on the 1997 game Ultima Online.

In the online game, houses were highly sought-after objects and Manfred had a castle. He put the virtual property on eBay expecting it to make, at best, a few hundred dollars. It sold for $2,800.

Manfred was shocked at first, but then saw the potential for making lots of money.

“Most people don’t want to grind away in the game,” he explains. “They don’t want to spend eight hours a day mining virtual rocks, they’d rather just pay somebody else to do it.”

While Manfred could make money by spending hours working to generate valuable digital objects, he wanted to speed things up. By hacking into a video game’s code, he could manipulate the game to give him profitable items at the touch of a button.

Many of Manfred’s hacking methods involved tricking the game into providing users with more items than it has been programmed to allow.

Another clever trick he used worked a bit like an odometer in a car that measures miles. When an odometer gets to its top value, for example 9999, the next value will reset the odometer to its 0000 position.

In a 32-bit computer, the numbers are higher with values going up to 4.2 billion, but the same principle applies. It’s called integer overflow or underflow.

By subtracting one from a zero amount on the game Wildstar Online, Manfred could instantly create $12 trillion in in-game currency.

Through multiple similar hacks, Manfred had anywhere between 200 and 300 eBay listings for items online. The sales from his hacking were paying for his college fees and all his expenses.

He won’t disclose exactly how much money he’s actually made.

Game hacking as a lifestyle

Manfred isn’t the only person who’s tried to make a living out of selling in-game items to other gamers.

“You have to keep in mind that the vast majority of gamers are not interested in doing this,” Brendan Koerner, a cybersecurity journalist says.

“You have a very small subset who view this as a business and they realised pretty early on that there was a market for gamers who wanted to increase their capabilities within the game for fairly significant amounts of money,” Koerner says.

Venezuela has one of the biggest markets for in-game sales with the game Runescape Online.

As Runescape Online runs on computers with older hardware, it’s become popular in developing countries and many Venezuelans have taken to farming items and selling them for their livelihoods.

“The in-game currency is more stable than the Venezuelan fiat currency is,” Manfred says. “They use the Runescape currency to pay for their bills or buy a loaf of bread and do daily transactions.”

But with people relying on games for their income, their lives are at risk if the game company decides to act against them.

If the game company doesn’t like an account that’s selling items, it can ban the player and boot them from the game.

Manfred notes how increasingly companies started to act against hackers like him. Not only were they shutting down selling accounts, but more and more games also started selling items directly to the players. “Which was the same thing I was doing,” Manfred says.

“That’s when I backed out,” Manfred says.

Telling the world his story

In 2017, Manfred became famous in the hacking community when he revealed the ways he’d hacked over 30 games to create infinite amounts of in-game money.

He detailed his methods at DEF CON, one of the largest hacker conventions, held annually in Las Vegas.

Although his hacking days are over, Manfred still believes there are games that can provide a living for people who want to sell in-game items.

Axie Infinity is a blockchain-based game where players can buy and sell items and in-game currency.

“Axie Infinity has huge participation in the Philippines and people are quitting their day jobs to participate in this online economy where they’re making a better living,” Manfred says.

How do hackers target children on video games?