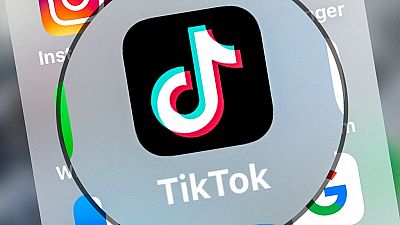 The report by GLAAD found that TikTok was the worst social media platform at preventing LGBTQ harassment.   -   Copyright  DENIS CHARLET / AFP
By The Cube  with AP  •  Updated: 16/07/2022

Major social media platforms are failing to stop online hate and threats against LGBTQ users, a new report has found.

The study was conducted by GLAAD, one of the world's largest LGBTQ media advocacy groups, and published on Wednesday.

They found that 84% of LGBTQ adults believe that there are not enough protections on social media to prevent harassment.

GLAAD says that tech companies are not transparent enough about how they respond to online hate and reveal too few details about how often they take down posts or accounts that push harass LGBTQ users.

The report graded the policies and actions the platforms have implemented around LGBTQ issues, taking into account features such as whether those platforms block discriminatory ads or allow their users to publish their pronouns on their profile.

Twitter and TikTok, for example, have specific policies against intentionally misgendering or deadnaming a person. Meta, which owns Facebook and Instagram, said it removes similar posts on request.

GLAAD found that every single platform failed, scoring below 50 out of a possible 100. TikTok scored the lowest with just over 42 out of 100.

All of the social media platforms mentioned in the GLAAD report also have policies that are directly designed to prevent LGBTQ users from being harassed, threatened or discriminated against by other users because of their identity.

But GLAAD has called on the platforms to release their training methods for content moderators and be more transparent about how many accounts and posts they have removed for violating hate speech rules.

"These platforms do have tools that they can use to solve these problems but they choose not to because it reduces their profit," said Jenni Olson, GLAAD's senior director of social media safety, to Euronews.

"What we want to see is accountability that can force these companies to prioritize public safety over their profits. It's exciting to see that the European Union is making progress on this subject with the Digital Services Act. We hope that the US will get there at some point," she said.

The Digital Services Act will impose a set of obligations and rules of accountability on online platforms.

Starting 2023, certain types of targeted advertising, like those based on sensitive data, such as race, sexual orientation and religious beliefs, will be banned.

Hateful or violent speech directed at members of the LGBTQ community is prohibited on YouTube, a spokesperson told The Associated Press.

“Over the last few years, we’ve made significant progress in our ability to quickly remove hateful and harassing content. This work is ongoing, and we appreciate the thoughtful feedback from GLAAD."

In a statement, TikTok said that the company is working to create an “inclusive environment" for all users.

A Twitter spokesperson also said that the company was discussing the report’s findings with the media advocacy group.

"It's important to recognize that when individual groups of people are targeted for their identity, this impacts us all as a society," said Jenni Olson.

LGBTQ+ Ukrainians share their stories for mental health this Pride

What is the EU Digital Services Act and how will it impact Big Tech?