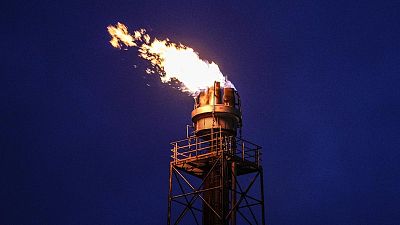 EU companies may be able to work around Russia's demand to receive gas payments in roubles without breaching sanctions if they pay in euros or dollars which are then converted into the Russian currency, the European Commission said on Friday.

The companies would also need to seek additional conditions on the transactions, such as a statement that they consider their contractual obligations complete once they have deposited the non-Russian currencies.

Moscow has warned Europe it risks having gas supplies cut unless it pays in roubles.

In March, it issued a decree proposing that energy buyers open accounts at Gazprombank to make payments in euros or dollars, which would then be converted to roubles.

The Commission said earlier this month that the decree risked breaching EU sanctions since it would put the effective completion of the purchase - once the payments are converted to roubles - into the hands of the Russian authorities.

In an advisory document sent to member states on Thursday, however, the Commission said Moscow's proposal does not necessarily prevent a payment process that would comply with EU sanctions against Russia over the Ukraine conflict.

The Commission's advice is not legally binding, but is an attempt to steer the discussion while member states work out how they can continue to pay for Russian gas.

Brussels said in the document that there were options that could allow companies to continue lawfully paying for gas.

"EU companies can ask their Russian counterparts to fulfil their contractual obligations in the same manner as before the adoption of the decree, ie by depositing the due amount in euros or dollars," the document said.

However, the procedure for securing exemptions from the requirements of the decree is not yet clear, it said.

Before making payments, EU operators could also make a clear statement that they consider their contractual obligations to be completed when they deposit euros or dollars with Gazprombank - as opposed to later, after the payment is converted into roubles, the document said.

"It would be advisable to seek confirmation from the Russian side that this procedure is possible under the rules of the decree," the document said.

A European Commission spokesperson said companies should stick to the currency agreed in their contracts with Gazprom - 97 per cent of which are in euros or dollars.

The EU's sanctions regime does not prohibit companies from opening accounts with Gazprombank, or engaging with the bank to attempt to seek a solution, the document said.