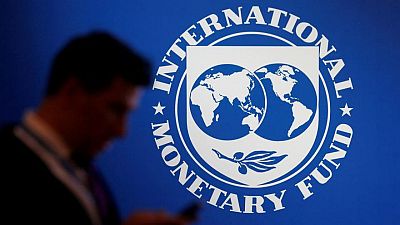 <div> <p>By Andrea Shalal</p> <p><span class="caps">WASHINGTON</span> – Russia’s economy will not recover anytime soon from sweeping sanctions imposed by Western nations over its war in Ukraine, and could see further damage if those sanctions are expanded to hit energy exports, the new chief economist of the International Monetary Fund said Tuesday.</p> <p>Pierre-Olivier Gourinchas, who joined the fund in January, said U.S. and Western sanctions and export bans had put the Russian economy on a “very different trajectory,” making the kind of rebound often seen after economic shocks unlikely.</p> <p>“As long as these sanctions are in place – and they could be in place for a quite a long time – then the Russian economy is going to be on a very different growth trajectory,” Gourinchas told Reuters in an interview.</p> <p>“We’re viewing this as … something that is really hurting the Russian economy going forward and could hurt it even more if the sanctions are escalated,” he said. “The shock is already pretty sizeable … and we don’t expect that there would be a bounce back from where the Russian economy is.”</p> <p>The <span class="caps">IMF</span> on Tuesday slashed its forecast for global economic growth by nearly a full percentage point, citing Russia’s war in Ukraine, and warning that inflation was now a “clear and present danger” for many countries.</p> <p>It said Russia’s gross domestic product was expected to contract 8.5% this year, with a further drop of 2.3% expected next year.</p> <p>Gourinchas told a news briefing earlier that Western sanctions targeting Russian energy exports could cause Russia’s economic output to drop by as much as 17% by 2023.</p> <p>Russia’s economy would effectively be “thrown into autarchy” if sanctions were expanded to include energy, leaving it with only a few trading partners, he said.</p> <p>While countries like China and India have not joined Western sanctions on Russia, the threat of secondary sanctions was still having a chilling effect on their trade with Russia, he said.</p> <p>“We’re seeing that, for instance, with a number of Chinese companies – there’s a fear of second-rung sanctions, that if you’re doing business with sanctioned entities, then you yourself could be subject to sanctions yourself,” he said.</p> <p>The continued sanctions would force India and China to make difficult choices going forward, given their need to continue to trade with the rest of the world, even if they saw a chance to buy Russian oil and gas at lower prices now.</p> <p>“It’s very important to remain in those (global) supply chains going forward,” he said. “A lot of countries are going to have to ask themselves, where do we want to be in that new landscape that is emerging?”</p> <p>Right now, he said, he did not expect many countries to “make the choice that their future lies in jumping to the other side.”</p> <p>Gourinchas said a recovery in the value of the Russian ruble could not obscure general indications in the economy, including elevated inflation numbers. </p> <p>At the same time, it was clear that Russian monetary authorities had been successful in using capital controls and higher interest rates to avert bank runs, failure of financial institutions or a “complete financial meltdown.”</p> <p>For now, he said, there were no signs of social unrest triggered by rising energy and food prices in Russia, although the <span class="caps">IMF</span> has warned that unrest could increase in other parts of the world where prices have surged. </p> <p/> </div>