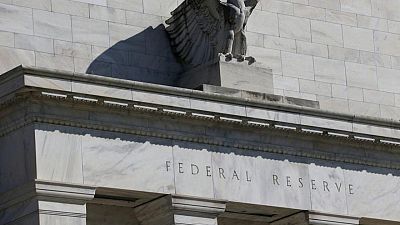 By Howard Schneider and Lindsay Dunsmuir

– Prices for online goods continued to surge in March at a record pace, data released on Tuesday from Adobe Inc showed, adding a potentially troubling dimension to the Federal Reserve’s battle to slow the overall pace of price increases.

Adobe’s digital price index increased by 3.6% from a year earlier, the same as in February, with costs for apparel – long a category with heavy online discounting – up 16.3% from a year before and online grocery prices up 9%.

Adobe began publishing a monthly digital price index last year, tracking tens of millions of online goods in 18 categories aligned similarly to the government’s Consumer Price Index, which is due out on Tuesday morning.

Like the CPI, it has reflected a turn during the pandemic toward higher inflation with no sign yet of a slowdown, in this case across a platform that has for years been a source of price relief for consumers and a source of price competition for brick-and-mortar retailers.

For the Fed, the shift in online price dynamics is one more piece of evidence that the factors driving U.S. and global inflation may have changed fundamentally, or at least in ways that will not revert quickly to the more tempered inflation seen before the pandemic.

“Over the past 30 years globalization, demographics, technological change have driven prices. The Fed cannot do anything about the three of them,” said RSM chief economist Joe Brusuelas. “We are just going through a period of prolonged disruption” that could mean structurally higher inflation as populations age and then save less and spend down assets, and globalization suffers through a series of shocks including the trade war launched by former President Donald Trump, the pandemic, and now the war in Ukraine.

Technology continues to offer potential relief through higher productivity, but as the Adobe index showed, at least for now that impact is not being felt for key consumer goods.

The March CPI data is expected to show prices rose by 8.4% from a year earlier, the most since 1982, a figure that fuels arguments the Fed has been too slow to react.

The Fed in March raised the target federal funds rate by a quarter of a percentage point in the first of an anticipated series of increases this year.

Coming hikes may be in larger half-point increments, and the central bank is expected to soon begin trimming its asset portfolio, which may further raise borrowing costs for consumers and businesses.

Still, the gap between current inflation and the Fed rate is among the largest on record, a measure of the Fed’s reluctance last year to begin rate hikes when inflation first took off.

That hesitancy was rooted in a belief that the forces driving inflation represented temporary disruptions that would snap back to prior form and cause inflation to behave as it did when it was pinned close to 2%, the Fed’s targeted level.

“It’s gonna take time for us to appreciate the recent burst of relative prices and how long they’re going to be with us,” Chicago Fed President Charles Evans said on Monday. “They’re much more persistent than initially expected, (but) I don’t think they’re going to be permanent.”

The issue is central to how Fed policy evolves this year. If inflation does ease as pandemic and other shocks abate, the Fed can do less. Otherwise more of the work will fall to monetary policy, likely raising the risk of recession as the Fed becomes even more aggressive.

Research out last week from Michael Kiley, deputy director of the Fed’s Division of Financial Stability, examined whether the 2000-2019 experience showed that inflation was clearly “anchored” at 2% then – perhaps because of larger structural reasons that could dominate again – or was simply persistent, and tended in the future to be what it was in the past absent some shock.

His conclusion: It could be either.

Policymakers have turned attention to the reasons why a phase of endemically higher inflation may be at hand, with key culprits including tight labor markets and the consequent higher wage pressure, to the reordering of global supply chains as firms insure against future disruptions by locking down multiple sources or investing closer to home at a higher cost.

At a Fed event on Monday, one trucking industry executive painted a grim picture of how the pandemic had upended pricing expectations and how long it may take to sort out, if ever.

Crissy Wieck, chief sales officer at Western Express, said after boosting driver wages 40% last year, the company faces a more than 80% jump in trailer prices, from $28,500 to $52,000, constraining efforts to increase its capacity.

“Your business can’t function without raising the cost of what we do every day,” she said at an event in Nashville, one of the Fed Listens series of community sessions. “There hasn’t been an infusion of 200, 300, 400,000 extra trucks to take the pressure off. … We won’t have new trucks until 2024. So that supply chain and that supply demand ratio is not going to correct.”