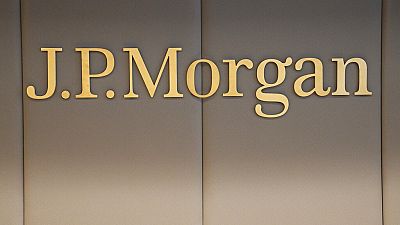 You can now do your banking in the metaverse after the US lender JP Morgan opened up a lounge in the blockchain-based virtual world of Decentraland on Tuesday, becoming the first major bank to do so.

In the virtual lounge, you can buy virtual plots of land with non-fungible tokens, or NFTs, and make other purchases using cryptocurrency.

Before you reach the lounge, you are greeted by a tiger and an avatar of JP Morgan’s CEO Jamie Dimon.

The bank unveiled its virtual world, called the Onyx Lounge, alongside a report which showed the types of business opportunities companies may find in the metaverse.

”The metaverse will likely infiltrate every sector in some way in the coming years, with the market opportunity estimated at over $1 trillion (€880 billion) in yearly revenues,” the report said.

JP Morgan said it plans to "play a major role in the metaverse," and could help tackle issues in the virtual world currently dealt with in real life, such as validating accounts and fraud prevention.

Interest in the metaverse spiked last October after Facebook announced it was changing its name to Meta to reflect its focus on the virtual world, where users will be able to work and socialise.

The metaverse, which already exists especially in gaming, may provide massive advertising potential, which companies such as Nike are already trying to tap into with NFT-based products and shop fronts.

“This democratic ownership economy coupled with the possibility of interoperability, could unlock immense economic opportunities, whereby digital goods and services are no longer captive to a singular gaming platform or brand,” the report said.

Which companies are preparing for the metaverse?