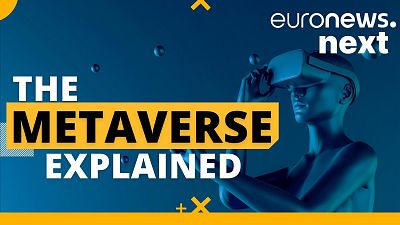 What do you think the next version of the Internet will look like?

In the wake of Meta’s recent announcement that they’re pivoting from developing social media platforms to building what it’s calling the next iteration of the web, the hot word on everyone’s lips is "metaverse".

The term itself is nothing new, having been originally coined by Sci-Fi author Neal Stephenson in his 1992 novel 'Snow Crash'.

Stephenson imagined the metaverse as a shared and connected universe within which digital avatars of people could interact with one another and where status is determined by the sophistication of one’s avatar.

Though the company formerly known as Facebook is unlikely to take on the dystopian tones of Stephenson’s novel, their vision of the metaverse hews roughly to this concept - a shared and connected virtual world where you can learn, work, shop, meet people, play and create.

Early versions of the metaverse

While Meta’s announcement has arguably made the biggest splash in this space, they are far from the first or only organisation working on building this new digital world.

Early versions of the metaverse emerged in the early noughties, most notably Second Life from San Francisco-based company Linden labs. At its peak in 2007, this particular virtual world had an estimated 800,000-900,000 active users.

"When Facebook talks about building the metaverse, if you follow this space on Twitter, for example, use, you would have seen a lot of backlash... talking about OK with the metaverse has already been built, and it is very active and has a lot of communities and a lot of users in the various virtual worlds," Dave Carr, the communications lead for Decentraland, told Euronews Next.

“If you look at the metaverse as an expanded experience, then you are looking at the different blockchains and the guilds of gamers and the communities of NFTs like Bored Ape Yacht Club,” he added.

"There is a lot more going on then than simply ‘that's the metaverse. That's a metaverse’. It's all part of the one metaverse".

Where the Meta metaverse is likely to set itself apart from other contenders is the abundant resources they will be able to plough into the development of this new "embodied internet".

There is a lot more going on then than simply ‘that's the metaverse. That's a metaverse’. It's all part of the one metaverse.

The company has stated its intention is to recruit 10,000 workers in the European Union dedicated to metaverse development.

Beyond that, the company has already made significant investments in technology that could make their version of the metaverse much more realistic than other iterations.

Meta’s €2.02 billion takeover of Oculus, the market leader in immersive virtual reality tech, in 2014 has allowed the company to develop headsets equipped with sensors capable of tracking eye movements and facial expressions.

In addition, Meta Reality labs, the company’s research, and development arm, recently unveiled a prototype of haptic gloves, a wearable device that can reproduce the sensation of touch in a virtual environment.

The Open metaverse and the Meta metaverse

Considering the resources available to today’s tech giants the likelihood is that they will have significant influence on how the metaverse develops and evolves.

However, Carr still believes there will be plenty of space for alternative social worlds because of how the Meta metaverse is likely to be structured and owned.

"The assumption is that given the success of Facebook as a social media platform... you would have to imagine that their version of a virtual world and metaverse services will not be decentralised," Carr told Euronews Next.

"It won't be OK. Let's hand it over to the community and you tell us how you want to run it. You would have to assume based on history that it will be a more centralised experience".

Decentraland, by contrast, is a decentralised social world run on the Ethereum blockchain, owned by its community of users.

"Land" in this world is bought via NFTs and gives the owner a stake in how the virtual world is run.

Carr also points out that the decentralised model allows for user anonymity.

"The thing about the blockchain is that you are known as a wallet address or any kind of persona or avatar that you want to create. And so the opportunity for anonymity is there," he said.

"It doesn't mean that it's a free-for-all, but it's certainly not about capturing data. It's a very honest approach to it.

"That's why I think the decentralised model is so attractive to people because they can really have that place that allows them to create or express whatever they want within reason, of course".