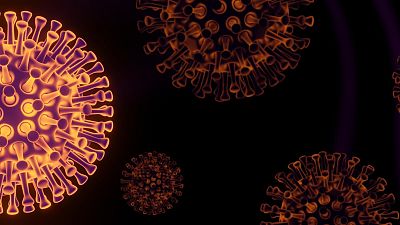 A new year, and a new COVID-19 variant nobody needs right now? Just as we were getting to grips with Omicron which first surfaced in November last year, another strain discovered in France is grabbing the headlines.

News of the variant burst onto social media channels on Tuesday, but cases of what is now known as variant B.1.640.2 were actually first detected nearly two months ago.

As with Omicron, evidence is still being compiled but online misinformation about the latest coronavirus variant is already widespread. So, what is the truth about B.1.640.2?

Where was the new COVID variant discovered?

Cases of the newly-identified variant were first detected by a team of experts at the IHU Méditerranée Infection centre in Marseille. In all, 12 patients from Forcalquier, in the southern French region of Alpes-de-Haute-Provence, tested positive for COVID-19 but showed "an atypical combination".

B.1.640.2 was actually discovered before Omicron with the first cases found in early November, weeks before the alarm was raised about the variant in South Africa on November 24.

The first case is believed to be a vaccinated man who returned to the south of France from Cameroon. He then developed COVID-19 in the subsequent days of his arrival home, with a test showing he had contracted the B.1.640.2 variant.

The strain, which the team have dubbed the "IHU variant," is believed to have around 46 mutations. Omicron, in comparison, is thought to have around 50 mutations; some 36 of these were amino acid-altering mutations in the virus' spike protein, 23 of which have also been observed in other variants.

Why is this important? It’s the virus' spike protein that is of concern to epidemiologists and virologists around the world as it plays a significant role in how your body detects and reacts to the virus.

Your immune system works to produce, recognise and defend against spike proteins. If the amino acids in the protein are altered or deleted, it makes it much harder for your body - and the vaccines you have had jabbed into your system - to defend against the virus and fight it off.

Should we be concerned?

Unlike Delta and Omicron, which were quickly designated by the World Health Organization (WHO) as "variants of concern," what we know about B.1.640.2 is not enough to raise serious concerns amongst the scientific community.

To be listed as a variant of concern, the WHO must be satisfied that the statistical evidence shows the variant is somehow more transmissible than previous mutations, that it is likely to cause a more severe reaction in infected people or is able to evade current protections, such as the existing mRNA vaccines being administered in arms around the world.

Virus variants are a common occurrence and there will likely be many more strains of COVID-19 in the future. That doesn’t mean B.1.640.2 will not be closely monitored to make sure that it is not dangerous.

So far, the WHO and the European Centre for Disease Prevention and Control (ECDC) have not issued any guidance about the new variant but misinformation about it has been rife online.

Some Twitter users, including certain quarters in the media, believed that there was a spiralling caseload of the new variant but this has not been substantiated. For instance, French journalist Vincent Glad posted that a medical news site in Thailand reported that there were over 900 cases of B.1.640.2 in France and that it had already spread to the UK.

Experts, however, have been quick to deflate anxieties surrounding reports of the variant.

According to Tom Peacock, a virologist at Imperial College’s Department of Infectious Disease in London, "this virus [B.1.640.2] has had a decent chance to cause trouble but never really materialised (as far as we can tell at least...)".

In a post on Twitter, Peacock also points out that there have only been 20 genetic sequences undertaken to B.1.640.2 over a longer period compared to more than 120,000 for Omicron which has been known about for a shorter time.

US doctors transplant pig heart into human in world-first surgery