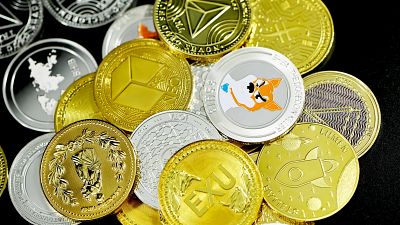 Blockchain and crypto assets have made tremendous strides in 2021 in virtually every way, so it makes sense to take a look back at the major accomplishments of the year, and to look ahead and see what 2022 might bring.

The current year did not necessarily get off to an amazing start for the global crypto asset space, as the rally that had carried crypto to all-time-highs in Q1 2021 cooled off significantly as the year continued to march on.

Following this cooling off period (which ironically occurred during the warmer summer months, at least in the northern hemisphere), the price rally returned, with fresh all-time highs being reached in Q4 2021 prior to some retracing as the year comes to a close.

Exciting as price volatility is, and it certainly can generate quite a bit of buzz, focusing exclusively on price action and charts can overshadow the many significant events that occurred during 2021.

Put another way, it is clear that 2021 was a year or broader individual and institutional adoption, with the pros and cons that such massive adoption would result in going forward.

Regulation and regulatory attention have been increasing in parallel to the rate of adoption of blockchain and crypto assets.

Targets in excess of $100,000 (€88,760) are relatively common in the current conversation, but are normally projected to be at least several years away.

Depending on the perspective of the individual or firm in question, the attention can either be viewed as a positive or negative development, but regardless this attention is certainly going to be a driving force moving forward.

As the calendar flips to 2022 it is worth taking a look ahead and see just what some of the trends and events might be as regulation and adoption accelerate across the globe.

This upcoming year just might be the year that crypto – from policy to various applications – will truly mature and enter mainstream utilisation.

What 2022 will hold for the industry

Central banks will take an increasingly leadership oriented role in crypto asset development, whether or not Bitcoin maximalists are in agreement with this development or not.

The rise of central bank digital currencies (CBDCs) has caused shockwaves in the crypto asset community as, during 2020 and 2021, the investment and attention paid to the possibility has rapidly increased.

The potential for improvements in payments is significant, but must be balanced against the risk of governmental creep and surveillance possibilities.

Non-fungible tokens (NFTs) have made their collective presence felt in the general crypto asset marketplace, bursting into the mainstream conversation following the March 2021 Beeple auction, at an eye-watering $69 million (€61.25 million).

As the year has progressed there have been innumerable athletes, entertainers and organisations that have entered into this space.

Even the concept of the metaverse, an idea that manifested in Q4 2021, is dependent on NFTs and the tokenisation of ownership that can connect the physical and digital worlds.

Crypto currencies might have been discussed and talked about – at this point – for over a decade, but that does not mean it is correct to generalise the sector.

Specifically, stablecoins have quickly emerged as a tool to help enable mainstream utilisation of crypto payments, have been adopted by payment processors and financial institutions the world over, and even play a critical function in the decentralised finance (DeFi) space.

Featured prominently in the recent President’s Working Group report, highlighting the 500 per cent increase in utilisation from October 2020 to October 2021, stablecoins will undoubtedly continue to rise in prominence and adoption in 2022.

Price predictions, especially as they connect to Bitcoin and other crypto assets, are notoriously difficult to get right, but it is always worth giving it a shot.

Targets in excess of $100,000 (€88,760) are relatively common in the current conversation, but are normally projected to be at least several years away.

Especially given the recent volatility in price such a target might seem like a bit of a reach, but the trend toward wider adoption and integration bolsters this prediction.

This past year was a dynamic and fast moving one for the blockchain and crypto asset sector, but that does not mean that the future will be any less creative and innovative.

Even though much ambiguity and uncertainty remains in terms of how individual and institutional adoption, the underlying trend is clear.

Blockchain and crypto assets – of all kinds and iterations – will continue to proliferate, become integrated within business operations, and mature as the calendar flips to 2022.

No matter what specific trend or application comes to the surface, the future of the space looks bright indeed.