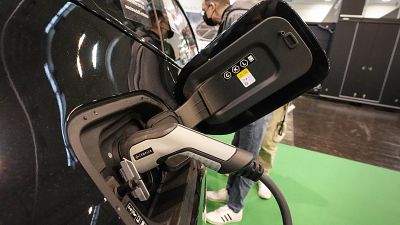 Germany’s new government intends to accelerate the shift to more electric vehicles circulating on its roads.

To do so, Olaf Scholz, the newly-elected chancellor at the head of a traffic light coalition, extended aid for the purchase of electrified cars for a year on Monday.

In 2022, buying a purely electric car will continue to be subsidised to a maximum of €9,000, the government announced. The help could go up to €6,750 for plug-in hybrid cars.

The government’s goal is to see 15 million purely electrified cars in circulation by 2030. So far, Germany has seen only 520,000 of them roll off dealerships’ forecourts, according to AFP.

This financial support, introduced in July 2020, has played a key role in the record increase in the market share of electrified vehicles in Germany, AFP noted.

According to Renault Group, all-electric vehicles represented one in six cars sold in the country.

In May 2021, Federal Minister for Economic Affairs and Energy Peter Altmaier announced his intention to make the payment process easier for charging stations.

“For eMobility to really breakthrough, we must not only provide funding for electric vehicles, but also make the charging process and payment for this more convenient,” Altmaier said.

This proposition is due to be applied to all charging stations that enter into operations after June 30, 2023, he added.

Sales of purely electric cars in Germany soared by 207 per cent between 2019 and 2020 and by 104 per cent until November 2021 compared to the same period last year, making it the world's second-largest market for this technology behind China.

With 31 per cent of electric or plug-in hybrid sales in the January-November 2021 period, Germany is Europe's largest market according to Matthias Schmidt, who publishes a monthly report on the sector.

Without the subsidies, the market would be "a fraction of what it is now," Schmidt warned.

This subsidy, introduced in July 2020, has played a key role in the record increase in the market share of electrified vehicles in Germany, AFP noted.

The aid will be reviewed and "more oriented towards climate protection" by limiting the eligible cars from 2023, Robert Habeck, the new Minister for Economic Affairs and Energy, added.

In the future, the proportion of electric operation of vehicles and their range will be taken into account in the granting of new subsidies, according to the ministry, in order to "only subsidise electric cars that have a positive effect on climate protection".

Which countries have the most electric cars?

Despite the COVID-19 pandemic and its impact on the automotive industry, electric vehicles’ sales made a giant leap in 2020.

According to estimates from the industry tracker EV-Volumes, Norway was leading the race with plug-in electric vehicles accounting for 74.8 per cent in 2020.

In second and third place on the podium, Iceland and Sweden were leading the charge, accounting for 45 per cent and 32.2 per cent respectively.