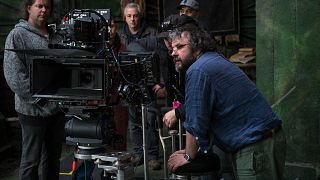 “The Lord of the Rings” and “King Kong” director Peter Jackson announced on Wednesday the sale of his special effects studio, Weta Digital, to an American software company that wants to develop the metaverse.

San Francisco-based Unity Software said the $1.6 billion (€1.38 billion) acquisition will allow it to "build the future of the metaverse," a kind of digital duplicate of the physical world, accessible via the internet.

"We are thrilled to democratise these industry-leading tools and bring the genius of Sir Peter Jackson and Weta's amazing engineering talent to life for artists everywhere," Unity president John Riccitiello said in a statement.

As part of the deal, Unity Software will own the technology and engineering assets of Wellington-based Weta Digital, while Jackson will retain majority ownership of an independent film effects company called WetaFX.

The director said being able to use Weta Digital's “groundbreaking” programs was a “game-changer” for people working in the creative industry.

“Weta Digital’s tools created unlimited possibilities for us to bring to life the worlds and creatures that originally lived in our imaginations,” Peter Jackson, chairman and co-founder of Weta Digital, said in a statement.

“Together, Unity and Weta Digital can create a pathway for any artist, from any industry, to be able to leverage these incredibly creative and powerful tools. Offering aspiring creatives access to Weta Digital’s technology will be nothing short of game-changing and Unity is just the company to bring this vision to life.”

“By combining the power of Unity and Weta Digital, the tools and technology that built characters and scenes from the world’s most iconic films such as “Avatar”, “Lord of the Rings”, and “Wonder Woman”, will enable an entirely new generation of creators to build, transform, and distribute stunning RT3D (Reactive Transport in 3-Dimensions) content,” Riccitiello said.

Metaverse, the future of the Internet and cinema?

Considered the next great leap in the evolution of the internet, the parallel digital universe has become a new development horizon.

Imagined by science fiction for nearly thirty years, it should make it possible to multiply human interactions, according to AFP.

Mark Zuckerberg announced in October his company, which consists of Facebook, Instagram, Whatsapp, Messenger and the Oculus VR headsets, would change its name to Meta.

He says the metaverse represents the future of the internet, after computers and mobile phones. Through it, the public will be able to interact, work or be entertained via technological tools (such as augmented reality glasses or virtual reality headsets).

He described his vision of the metaverse, an ultra-immersive universe, reminiscent of science fiction novels, where real people and objects will be mixed with virtual avatars and images, thanks to new advanced technologies.

“The metaverse has the potential to help unlock access to new creative, social, and economic opportunities. And Europeans will be shaping it right from the start," Facebook said in a blog post.

The billionaire has already announced billions in investments over the next few years and the recruitment of 10,000 people in Europe for this project.