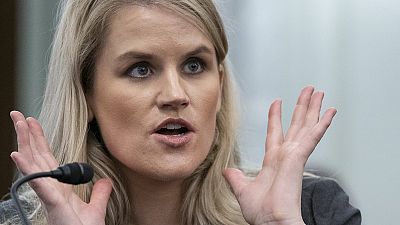 Facebook whistleblower Frances Haugen alleged the social media giant put profit before user safety while answering questions from the UK parliament's Joint Committee on Monday after she released a cache of internal documents to the public.

Despite her allegations and the bad press, Facebook posted better-than-expected profits for the third quarter later on Monday.

It is Haugen’s second appearance before lawmakers after she testified to the US Congress on October 5, citing internal research documents she secretly copied before leaving her job in Facebook’s civic integrity unit.

What did Frances Haugen say?

During her testimony, Haugen spoke of the “misinformation burden”, Instagram’s impact on teenage girls’ mental health, the desperate need for greater transparency and how algorithmic feeds are driving hate and violence.

“Slowing the platform down, agnostic strategies, human-scale solutions. That’s the direction we need to go,” Haugen said, giving the example of chronological discord servers, where people can break out into different rooms if it gets too crowded.

Facebook never set out to prioritise polarising content, it just rose as a side effect of priorities it did take.

Haugen alleged that Facebook’s inaction on this was due to the platform putting profit before safety, not wanting to sacrifice its growth.

“Facebook has a strategy of only slowing the platform down once a crisis has begun, rather than as the temperature gets hotter and making the platform safer as it happens”, Haugen said.

Haugen also spoke a lot about the harmfulness of engagement-based ranking and AI-focused systems.

“Facebook never set out to prioritise polarising content, it just rose as a side effect of priorities it did take,” she said.

The Facebook Papers project represents a unique collaboration among 17 American news organisations. Journalists from a variety of newsrooms, large and small, worked together to gain access to thousands of pages of internal company documents obtained by Frances Haugen, the former Facebook product manager-turned-whistleblower.

A separate consortium of European news outlets had access to the same set of documents, and members of both groups began publishing content related to their analysis of the materials at 7 am EDT on Monday, October 25.

That date and time were set by the partner news organisations to give everyone in the consortium an opportunity to fully analyse the documents, report relevant details, and give Facebook’s public relations staff ample time to respond to questions and inquiries raised by that reporting.

Each member of the consortium pursued its own independent reporting on the document contents and their significance. Every member also had the opportunity to attend group briefings to gain information and context about the documents.

The papers themselves are redacted versions of disclosures that Haugen has made over several months to the Securities and Exchange Commission, alleging Facebook was prioritising profits over safety and hiding its own research from investors and the public.

These complaints cover a range of topics, from its efforts to continue growing its audience, to how its platforms might harm children, to its alleged role in inciting political violence.