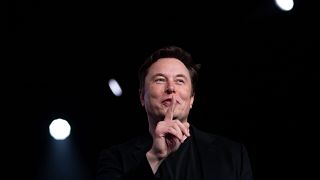 Tesla boss Elon Musk revealed on Tuesday that the electric carmaker has not yet signed a contract with car rental firm Hertz over an order for 100,000 vehicles announced last week.

Hertz said it would put in an order for 100,000 Teslas by the end of 2022, in a move that it claimed would give the company one of the world's biggest fleets of rental EVs.

News of the announcement pushed Tesla's valuation above $1 trillion (€862 billion) for the first time, boosting company CEO Musk's personal wealth by over $36 billion (€31 billion) in the process.

But in a tweet about Tesla's stock price late on Monday, Musk said that no deal had been signed. Tesla stock later fell 5 per cent.

"If any of this is based on Hertz, I'd like to emphasise that no contract has been signed yet… Hertz deal has zero effect on our economics," Musk wrote.

If any of this is based on Hertz, I’d like to emphasize that no contract has been signed yet.

Tesla has far more demand than production, therefore we will only sell cars to Hertz for the same margin as to consumers.

Hertz deal has zero effect on our economics.

Last week, Musk claimed that his company would not offer Hertz a discount, despite the scale of the mooted order.

"Tesla has far more demand than production, therefore we will only sell cars to Hertz for the same margin as to consumers," he said.

In October, Tesla announced it had delivered a record 241,300 cars in Q3 of this year.

"In the third quarter, we produced approximately 238,000 vehicles and delivered over 240,000 vehicles. We would like to thank our customers for their patience as we work through global supply chain and logistics challenges," the company said in a press release.