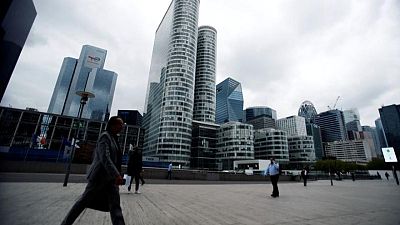 A global deal to ensure big companies pay a minimum tax rate of 15 per cent and make it harder for them to avoid taxation was agreed by 136 countries on Friday.

The Organisation for Economic Cooperation and Development (OECD) said four countries - Kenya, Nigeria, Pakistan, and Sri Lanka - had not yet joined the agreement, but that the countries behind the accord together accounted for over 90 per cent of the global economy.

What will it mean in practice and how will it change things? Here are the main points of the accord.

Why a global minimum tax?

With budgets strained after the COVID-19 crisis, many governments want more than ever to discourage multinationals from shifting profits - and tax revenues - to low-tax countries regardless of where their sales are made.

Increasingly, income from intangible sources, such as drug patents, software, and royalties on intellectual property, has migrated to these jurisdictions, allowing companies to avoid paying higher taxes in their traditional home countries.

The minimum tax and other provisions aim to put an end to decades of tax competition between governments to attract foreign investment.

How would a deal work?

The global minimum tax rate would apply to overseas profits of multinational firms with €750 million in sales globally.

Governments could still set whatever local corporate tax rate they want, but if companies pay lower rates in a particular country, their home governments could "top up" their taxes to the 15 per cent minimum, eliminating the advantage of shifting profits.

Ireland in particular was initially opposed to the deal but dropped its resistance after seeking assurances that it would not be forced to raise corporate tax further. Its low levels of corporate taxation - set at 12.5 per cent - have been a cornerstone of its economic policy since the 1990s.

A second track of the overhaul would allow countries where revenues are earned to tax 25 per cent of the largest multinationals' so-called excess profit - defined as profit in excess of 10 per cent of revenue.

Following Friday's agreement on the technical details, the next step is for finance ministers from the Group of 20 economic powers to formally endorse the deal, paving the way for adoption by G20 leaders at an end October summit.

Nonetheless, questions remain about the US position which hangs in part on a domestic tax reform the Biden administration wants to push through the US Congress.

The agreement calls for countries to bring it into law in 2022 so that it can take effect by 2023, an extremely tight timeframe given that previous international tax deals took years to implement.

Countries that have in recent years created national digital services taxes will have to repeal them.

What will be the economic impact?

The OECD, which has steered the negotiations, estimates the minimum tax will generate $150 billion (€129.6 billion) in additional global tax revenues annually.

Economists expect that the deal will encourage multinationals to repatriate capital to their country of headquarters, giving a boost to those economies.

However, various deductions and exceptions baked into the deal are at the same time designed to limit the impact on low tax countries like Ireland, where many US groups base their European operations.