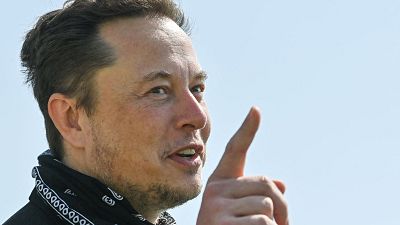 Speaking from a new factory under construction in Austin, Musk said Tesla would continue to expand its manufacturing capacity in California. He gave no timeline for the headquarters move.

"Just to be clear, though, we will be continuing to expand our activities in California. This is not a matter of leaving California," Musk said.

Musk originally threatened to pull out of California in May last year, after clashing with local authorities over COVID-19 safety measures that halted production at Tesla's factory in the state's Alameda county.

Frankly, this is the final straw. Tesla will now move its HQ and future programs to Texas/Nevada immediately. If we even retain Fremont manufacturing activity at all, it will be dependen on how Tesla is treated in the future. Tesla is the last carmaker left in CA.

"The unelected & ignorant ‘Interim Health Officer’ of Alameda is acting contrary to the Governor, the President, our Constitutional freedoms & just plain common sense," Musk tweeted, saying that Tesla would sue the county.

The company later dropped the lawsuit.

Musk's tweet sparked a response from one California legislator, who tweeted her distaste for the billionaire.

On Thursday, Musk said that the infamously high cost of housing in the San Francisco Bay Area, where Tesla's current headquarters is based, also contributed to the move.

"We’re taking it as far as possible, but there’s a limit to how big you can scale it in the Bay Area,” he said.

While applauding Tesla’s announcement that it will expand production in California, local business leaders bemoaned the headquarters move as the latest sign of the region’s ongoing issues.

"Mr. Musk’s announcement highlights yet again the urgency for California to address our housing affordability crisis and the many other challenges that make it so difficult for companies to grow here," said Jim Wunderman, president and CEO of the business advocacy group Bay Area Council.