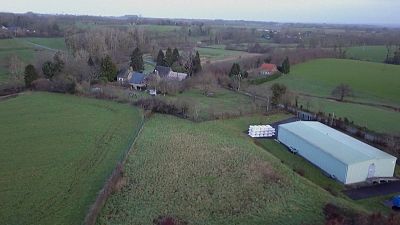 Elon Musk may be a billionaire but the residents of the tiny French village Saint-Senier-de-Beuvron have no problem resisting his plans.

Musk, founder of SpaceX and electric carmaker Tesla, aims to deploy thousands of satellites to provide fast internet for remote areas anywhere in the world. Earlier this week he said that the internet service, named Starlink, will reach "most of Earth by the end of the year". To make that happen, the tech billionaire has plans to install an international network of antennas.

But Saint-Senier-de-Beuvron, just 20 kilometres from the majestic Mont Saint-Michel abbey on the English Channel, is none too thrilled to have been picked as a ground station.

"This project is totally new. We don't have any idea of the impact of these signals," says deputy mayor of the village, Noemie Brault. "As a precaution, the municipal council said no."

Antennas on the ground will capture signals from the network of satellites and relay them to individual user terminals connected by cables.

Brault, herself a farmer, claims that "we have no data" on the eventual effects of the signals on the health of humans or animals.

France's national radio frequency agency ANFR, which approved Starlink's stations, says they present no risks to residents, not least because they will be emitting straight up into the sky. There are already around 100 similar sites across France and the technology behind Starlink has been in use for around 50 years.

That hasn't convinced some local farmers, among them Jean-Marc Belloir, who worries that his cows will start producing less milk.

"On our farm, we're always online. My cows are linked up; my smart watch warns me when they're going to calve," Belloir said. "But when you see the range of these antennas, there has to be some research" on the potential impacts. Still, he baptised his latest calf "SpaceX du Beuvron," combining Musk's firm with the name of the creek that runs through his village.

Starlink's contractor had already secured French regulatory approval to start the construction in Saint-Senier, one of four sites planned for France. They believe that after they refile their request, the village council will likely be unable to block the installation of the antenna.