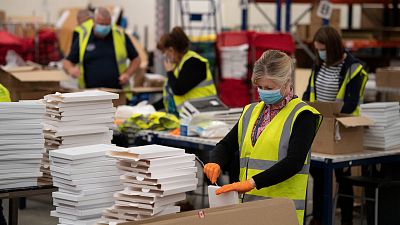 Enshrining the protection of women from menopause discrimination into UK law may require a rewrite of the country's equality law, a former Conservative minister has said.

Women facing discrimination because of menopause must challenge it in court based on the grounds of sex, age or disability as currently, British law doesn't cover menopause to any effective degree.

"We know that women can be protected on the grounds of their gender. There are protections if you are pregnant or a new mother. And also there are protections according to age. But too many women in the UK have been forced to use disability discrimination legislation in order to make sure that their rights are protected in the workplace when it comes to the menopause. And that's just not right".

Noakes is also chair of the UK parliament's Women's and Equalities Committee and is spearheading this campaign.

"I think one of the things that could be done is you could make the menopause a protected characteristic in the same way that maternity is recognising that indeed all women will go through menopause and some other people who have chosen to change gender will also experience it," she said.

"So I think it's crucially important that we look at the evidence and decide whether it would be proportionate to see that sort of change in the law".

For the full report, watch the video in the media player above.

Brazilian beach resort slipping under the water due to human action