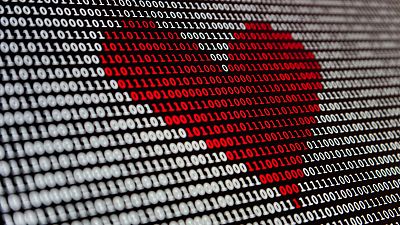 Tinder acknowledged that not all its users would feel comfortable handing over their personal IDs   -   Copyright  Alexander Sinn / Unsplash
By Tom Bateman  •  Updated: 17/08/2021

People looking for romance on the dating app Tinder may soon have to show their ID as the service looks to provide a more "safe" experience.

On Monday Tinder announced that it would add an ID verification option for users worldwide in "the coming quarters".

The company said verification would initially be optional, unless required by law. ID verification has been mandatory for Tinder users in Japan since 2019, in an effort to stop under-18s accessing the app.

Tinder said it would consult with experts to determine which forms of ID would be accepted in different countries and to ensure an "equitable, inclusive and privacy-friendly approach"

“ID Verification is complex and nuanced, which is why we are taking a test-and-learn approach to the rollout,” said Rory Kozoll, Head of Trust & Safety Product at Tinder.

"We know one of the most valuable things Tinder can do to make members feel safe is to give them more confidence that their matches are authentic and more control over who they interact with".

In its announcement of the new ID verification drive, the company acknowledged that not all users would feel comfortable supplying it with their real identities.

"We know that in many parts of the world and within traditionally marginalised communities, people might have compelling reasons that they can’t or don’t want to share their real-world identity with an online platform,” said Tracey Breeden, VP of Safety and Social Advocacy at Tinder parent company Match Group.

Last year, Ireland's Data Protection Commission (DPC) announced it was leading an EU probe into Tinder's handling of users' data following "concerns raised by individuals both in Ireland and across the EU".

In 2010 another Match Group dating platform was fined for breaching the EU's GDPR data protection rules.

Belgium-based platform Twoo was fined €50,000 after authorities found it had collected information via the app's "invite contacts" function without a legal justification under GDPR rules.

How technology changed love in the time of COVID