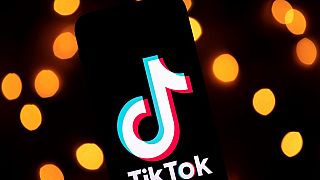 Data protection officials in the Netherlands have fined TikTok €750,000 for failing to offer a statement on privacy in Dutch.

Many children who use the popular video-sharing app were unable to understand the terms in English, the authority said.

"TikTok failed to provide an adequate explanation of how the app collects, processes, and uses personal data," a statement read.

The Dutch Data Protection Authority said that the country's privacy law is based on the principle that "people must always be given a clear idea of what is being done with their personal data".

TikTok -- which has an estimated 3.5 million users in the Netherlands -- has appealed against the fine.

In a statement, the platform said that its privacy policy and a "shorter and more accessible version for our younger users" had been available in Dutch since July 2020.

"The Dutch Data Protection Authority had agreed to this to resolve the issue," TikTok said.

It added that it made other recent changes to safeguard the privacy of children, including only allowing direct messaging for users aged 16 and over.

"[TikTok] is one of the most popular apps at the moment. It's also great fun to make videos together and see what others are making," said the Dutch authority's vice-president Monique Verdier.

"But there are also people with bad intentions on TikTok, who use the images for unwanted distribution, bullying or grooming; digital children's lures."

"We are pleased that parents can now manage their children's TikTok account privacy settings from their own phones. Nevertheless, we call on parents to also keep in touch with their children about what they do online," Verdier added.

TikTok has been the subject of numerous investigations by regulators around the world regarding its use of personal data.

In May, the European Commission took action against TikTok, accusing it of using disguised and targeted advertising to children in several member states.

Last month, Dutch consumer group Consumentenbond also said it was launching a €1.5 billion claim against the app over what it alleges is unlawful harvesting of personal data from users.