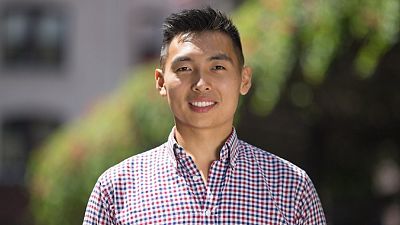 Silicon Valley marketing startup Iterable fired its chief executive officer for taking the drug LSD before an investor meeting, according to the ousted CEO.

Justin Zhu, the company founder, told Bloomberg on Tuesday the main reason he was fired by the board was that he took a small amount of the illegal psychedelic drug - an act known as microdosing - in 2019 to improve his focus and creativity.

In an email to staff, obtained by Bloomberg, co-founder Andrew Boni - who has since taken over the role of the company's CEO - said Zhu’s dismissal was over unspecified violations of "Iterable’s Employee Handbook, policies and values".

But in an interesting development this week, the main investor in the €1.6 billion marketing startup reportedly sold roughly €75 million in shares before the ousting.

News website The Information reported on Wednesday that Index Ventures sold about 50 per cent of its shares in Iterable just weeks before Zhu was fired, selling to technology investment firm Silver Lake Partners.

The Information also said two of Iterable's board members had previous concerns about Zhu's leadership.

Despite LSD being illegal in the US, there is a growing acceptance of taking low doses of the drug in Silicon Valley.

The late co-founder of Apple Steve Jobs said: "Taking LSD was a profound experience, one of the most important things in my life.

"It reinforced my sense of what was important - creating great things instead of making money, putting things back into the stream of history and of human consciousness as much as I could".

Taking small doses of psychedelics, such as LSD, can enhance mood, creativity, focus, and sociability, according to a 2020 study by the Journal of Psychopharmacology. But it noted, little is still known effects of this practice.

The UK is considering a new 'Britcoin' digital currency