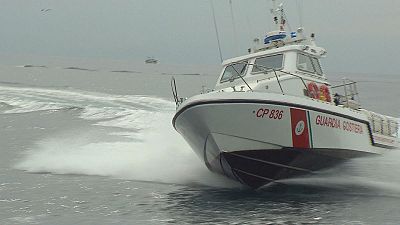 The ongoing migrant crisis in the Mediterranean shows how indispensable satellite technology has become to those involved in saving lives at sea. But it’s not just about search and rescue; space hardware plays a crucial role in all aspects of maritime security, including anti-terrorism, anti-piracy and anti-drugs operation, as well as environmental and fisheries protection and a host of miscellaneous missions.

In this edition of Space Jeremy Wilks goes behind the scenes with the Italian coastguard to see how they use satellite technology everyday. He also visits the European Maritime Safety Agency in Lisbon to find out how the job of processing so much data from so many sources is done.

Allies in the skies

For the Guardia Costiera to save lives they need precise information about where boats are across a huge stretch of open sea. That entire process of search and rescue relies heavily on satellite technologies, as Sirio Faé, Deputy Head of Maritime Rescue Coordination, explained: “By using satellite technologies, we can pinpoint the course of merchant ships and fishing ships in the nearby area. And at that point we need to decide which unit [ship] is best positioned to provide assistance”

All kinds of satellites are now involved in maritime security. Some, like Europe’s Sentinel fleet, carry radar and optical instruments, while others like “Canada’s exactEarth constellation“http://www.exactearth.com/technology/exactview-constellation, pick up ships’ automatic identification system messages.

“The first layer is the low Earth orbit, which is 500 to 1,000 kilometres, where we have mainly the Earth observation satellites,” explained ESA’s SAT-AIS project manager, Carsten Tobehn. “The next layer is what we call the medium Earth orbit, about 30,000 kilometres, where we have the navigation systems like Galileo and GPS. And the next level you have, which is the most common known, is the geostationary orbit, which is 36,000 kilometres away, so long distance for telecommunications, and you also your weather satellites to see your weather in real time,” he said.

Tricky moment as camera is passed boat to boat in the Mediterranean for euronewsknwldge</a> Space on air Thurs 18.15 <a href="http://t.co/4xPeoNZky4">pic.twitter.com/4xPeoNZky4</a></p>&mdash; Jeremy Wilks (WilksJeremy) September 22, 2015

Meanwhile, far away in the Portuguese capital teams at the European Maritime Safety Agency work on processing all that information from satellites and other sources on land and at sea, and then pass it on to those dealing with everything from piracy to border control.

EMSA has a special focus on using satellites to track oil spills at sea, as Leendert Bal, Head of Operations demonstrated with a high-tech chart: “Here we have our oil spill detection system. You see here nicely the spill that has been produced by a ship passing by the British coast. Now we want to know who is the vessel, who is the polluter? We can cross check with the data we have in our other satellite system, where we have the information on the ship positions. We can overlay this information. And then you can see nicely that the ship here exactly followed the spill itself. So here we have a perfect match.”

However there are limitations to how useful the current radar and optical satellites can be in tracking pollution. This is where ESA comes in – the space agency works with users and the satellite industry to find new technical solutions to improve maritime security.

To find out more click on the video to watch Jeremy’s report in full.

The Astronaut Academy: 'Things float. and you float.'