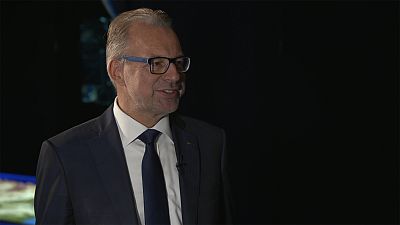 In this episode of #AskSpace we're joined by ESA's Director of Earth Observation, Josef Aschbacher.

First he answers a question we had from Buwulandari, who wants to know what causes climate change?

Aschbacher explains: "Climate change is caused by atmospheric gases - carbon dioxide, methane in particular - which are trapping sunlight and therefore causing a warmer climate. This is climate change, with all its effects on our planet, on the oceans, on the land surfaces, on the atmosphere which is really causing drastic changes to our planet.

Another question came from Aidin Hoomani, who wants to know how long it will be before the ice on the poles disappears?

"The ice caps are already melting," Aschbacher says. "For example in the northern hemisphere, in the Arctic, you already get an ice-free north eastern passage in summer where ships can go from Europe to Asia. And it will happen that in a few decades you have completely ice-free poles, and by the end of the century it could well be that the northern pole has very little ice or no ice anymore."

Five stories you may have missed because of the coronavirus pandemic

#AskSpace: Will there ever be a European astronaut on the moon?