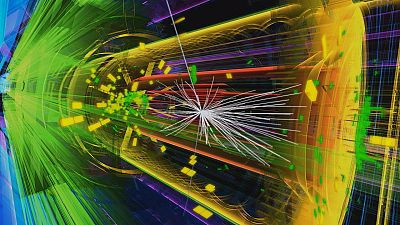 When it comes to the origins of the universe, there’s one idea that really captures our imagination: everything, even time itself, started with the Big Bang.

The concept of the Big Bang is difficult to describe and problematic to measure, however that’s exactly what two major projects have set out to do: one on earth, the other in space.

In this edition of Space, euronews gets to the heart of the matter and attempts to discover how matter and everything in the universe came into being.

We speak with experts from the European Organization for Nuclear Research (CERN), Institut d’Astrophysique de Paris, Sorbonne University and the European Space Agency (ESA) who have been studying how the universe works.