Hammersmith, London is a bustling neighbourhood where many Poles live and work.

Since Britain’s vote to leave the EU, the area has seen a rise in xenophobic attacks.

Shortly after the referendum, English extremists stormed a Polish deli on King Street, insulted its owners and told them to leave the country.

The British pound has also lost value, which means it is now more expensive for the shop to import gherkins and other delicacies from Poland.

But owner Izabela Pluszczok laments that what hurts her most is the atmosphere since the June 23 poll.

“At the moment it is not very pleasant to be here – we feel like the British do not want us,” she said.

“We had some customers, kind of posh, they said: ‘We want to leave the European Union because we do not want the migrants here’… But then, a few minutes later they say: ‘Yeah, I’ve got a Polish cleaner, someone Polish is looking after my kids… So (I say) if you do not want us here, who is going to do these things for you?”

Izabela says she will not apply for a British passport. If things get worse, maybe she will move elsewhere in the EU – or even return to Poland. 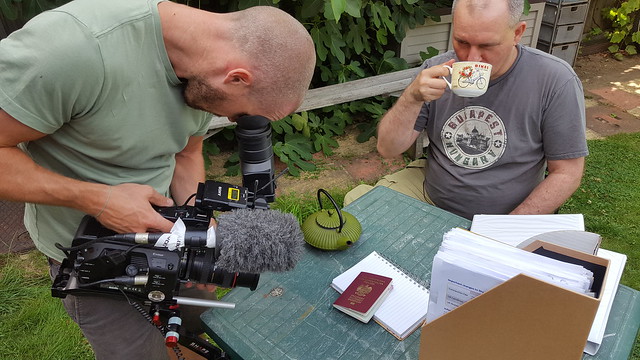 Becoming British, by the book

When Poland joined the EU in 2004, Britain did what most other member states would not do: it immediately opened its borders without restriction to these new migrant workers.

Since then, the number of Poles in the UK has risen eight-fold.

Monika Nawrot, a Polish office manager, came to the UK in 2005 and lives in Lewisham, a diverse neighbourhood in southeast London. She wants a British passport as soon as possible.

But how do you become British? Monika has studied the codes with an official textbook filled with questions about the nation’s history and culture.

“The Brexit situation makes me worry a little bit, because of the uncertainty,” she said. “Am I allowed to stay? I have a mortgage… what is going to happen to that? Will they force me to sell the flat and go back? I really don’t know.”

Uncertainty – the driving force behind the rise in passport applications since the Brexit vote.

But to become British you need to dig deep into your archives.

Monika spends her weekends looking for the paperwork that can prove she has lived here without interruption for the past five years.

“I have to go through all of my trips taken over the last five years. So I have to write down all the dates exactly – when I went on holidays to Spain, Italy, whatever… so I need to have exact dates, not only months. I need to go through that, go back, find, remember those dates… Then obviously I have to find all my P60s (documents showing her annual income), payslips, whatever will be required, maybe confirmations of job contracts…”

To support foreigners anxious about the consequences of Brexit, Pawel Wargan, a London-based lawyer with Polish roots, set up a helpline in eight languages the day after the referendum. Europeans living in Britain can report hate crimes as well as seek advice.

“[Prime Minister] Theresa May is quite keen to retain the possibility of ending free movements – at least to strengthen her bargaining position with the European Union – so that’s created a lot of uncertainty,” he said.

“I wish I could go to a family living here now, and say ‘look, you’ve been here for 10 years, you’ll definitely be allowed to stay – and I think ultimately that’s what will happen, because you have to remember there are about one million Britons living around the EU and they’re going to want reciprocal rights. I think it is in the interest of both the EU and Britain to secure those rights. But I can’t say that with absolute confidence.”

May limbers up for a hard Brexit https://t.co/XGjYgGJ3Up

Brexit is not only frightening for Poles and other Europeans who have made a life for themselves here. It worries a lot of Britons, too.

Frances Shipsey works in a university library in London. She was born in the UK and always had a British passport. Her husband Martin is from Scotland – which voted against Brexit.

Now Frances is banking on her Irish roots to get herself and their daughter Fiona a second citizenship – and keep the benefits of being part of the EU.

“A lot of my friends said that they have planned to live and study in Europe for a year… but now they kind of have to reconsider that because it might be too expensive or too difficult,” Fiona said.

“I have been talking with my friends at school quite a lot about the Brexit situation and all of my friends are really really annoyed about it… We recognise that we really do rely on the EU and the rest of Europe and we don’t want any ties or connections to be broken.”

If Scotland were to break away from the UK as a result of Brexit, the Shipsey family could go from having one to three citizenships: British, Scottish and Irish.

“I don’t really feel Irish. I’ve only ever been to Ireland I think once in my life. I have always considered myself a Londoner – but it’s nice to have this relation to you and to my grandparents as a reassurance that I can remain an EU citizen if I get an Irish passport, which hopefully I will,” Fiona said.

Want to stay an EU citizen? You may be entitled to an Irish passport #brexit#EUcitizen#EUhttps://t.co/OSoS9Io45k

From English to French

The ripples of Brexit have of course spread beyond Britain’s borders, causing headaches for the 1.3 million Britons living in the EU.

In Lyon, France, Dave Eales owns ‘The Smoking Dog’, the most English pub in town. Yet he has made up his mind: he is applying for French citizenship, through naturalisation.

As a British entrepreneur living in France for years, paying taxes here and wanting to have a say, he had considered requesting a French passport even before the Brexit vote – but never got round to it until now.

“The result of Brexit was the moment I decided – let’s get the paperwork together, let’s make up the dossier and see what happens. It also has consequences for my three children. My wife is also British, also considering the same request. And the advantages are just to continue to have my business in France without the fear… of the unknown.”

‘The Smoking Dog’ is somewhat of an institution in Lyon, where British expats meet up for pints and pub quiz nights. Here, Brexit is often on people’s minds, and many say they will apply for a French passport. Unlike most British voters, they do not want to say goodbye to the EU just yet. 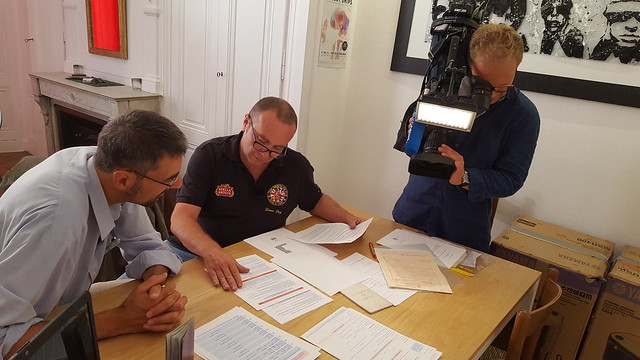