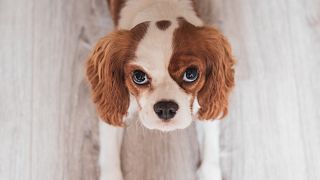 Flat-faced dog breeds and cats with folded ears could soon be banned in the Netherlands.   -  Copyright  Pexels
By Rosie Frost  •  Updated: 25/01/2023

Owning unhealthy designer animals, such as flat-faced dogs or cats with folded ears, could soon be banned in the Netherlands.

“We make life miserable for innocent animals, purely because we think they are ‘beautiful’ and ‘cute’,” the country’s Minister of Culture, Nature and Food Quality, Piet Adema, said in a statement.

“That is why today we are taking the big step towards a Netherlands where no pet has to suffer from his or her appearance.”

The Minister said he is looking to ban the ownership of designer breeds as well as photos of them in advertising and on social media.

The breeding of designer pets was banned in the Netherlands in 2014. Now the government is looking to close a loophole to stop the import and trade of these breeds.

Why are designer pets a problem?

Pets like flat-faced dog breeds and cats with folded ears have soared in popularity - in part due to social media influencers and celebrities.

While they may look cute, they often suffer from health problems as a result of their appearance.

Dogs bred to have a short snout - like King Charles spaniels and French bulldogs - frequently suffer from breathing problems. Known as brachycephalic breeds, they were generally found to be less healthy than other breeds in a 2020 study from the Royal Veterinary Society in the UK.

The study proved they were more likely to suffer from a range of health disorders including a painful eye disease called Corneal ulceration.

The ban on breeding these animals in the Netherlands was updated in 2019 so that it specifically applied to dogs whose snouts were less than half the length of their skulls.

Adema said that new laws would use a list of banned characteristics that were proven to cause permanent suffering. It could be expanded as research reveals further harmful features.

“Dogs that have a deviant skull shape may suffer from a permanent headache,” he said in a letter to the Dutch Parliament.

“Cats with folding ears have deviated cartilage that can cause them a lot of pain.”

If the ban is introduced, there will be a transition period where people who currently own designer pets will be allowed to keep them until they die.

Where else are designer pets banned?

Last year in Norway, a court ruled that the breeding of English bulldogs and Cavalier King Charles spaniels breached the country’s Animal Welfare Act. It said that the practice was cruel and resulted in “man-made health problems” for these animals.

This resulted in a ban on breeding these flat-faced dogs due to the negative effect their appearance has on their health.

But the ban in Norway doesn’t include the ownership, sale or import of these breeds.