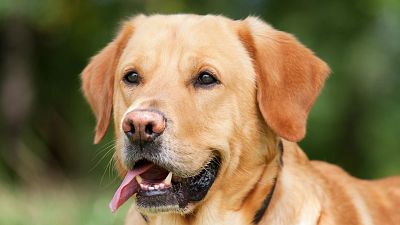 According to a study by Australian and New Zealand scientists, specially-trained dogs can detect invasive carp   -   Copyright  Canva / pixabay
By Charlotte Elton  •  Updated: 06/09/2022

Dogs can sniff out invasive fish in lakes without even seeing them, new research suggests.

In lakes and rivers around the world, carp are wreaking havoc on local species.

But scientists have discovered a new tool in the fight against the invasive creature - the powerful nose of man’s best friend.

According to a study by Australian and New Zealand scientists, specially-trained canines can detect whether invasive carp are present in water.

In fact, they’re even better than lab tools.

“(Our) findings suggest that dogs could provide an accurate and highly sensitive method of invasive fish detection,” the study authors write.

Why can dogs sniff out carp?

If you’ve ever opened a bag of pet treats and had your dog instantly appear, you’ll know first-hand how powerful canine noses are.

To test out the technique, University of Waikato and University of Canberra scientists presented Ruby - a female Labrador - with water samples.

Some of the tanks contained water that had recently been populated with carp or goldfish. Others contained clean water.

Ruby was trained with treats to correctly identify the smell of fish - the same way police dogs are trained to recognise the smell of illicit drugs.

She could detect carp even after the water was heavily diluted.

Even if the density of fish was just 0.5 milligrams of carp per litre of water, Ruby could tell.

If you put a 1kg carp in 2 million litres of water, the dog would know it was there.

“The dog could detect carp before harmful densities were reached,” the research authors wrote.

In fact, Ruby had “similar levels of sensitivity” to environmental lab tools, specialised high-tech methods used for detecting foreign DNA in the environment. These tools are far more expensive than the four-legged alternative.

If scientists determine that koi are present in a lake, they can take action before the problem gets worse.

In many parts of the world, carp have taken over the ecosystem. To hunt for insects, the fish suck up mud, silting up the water and destroying aquatic vegetation. This has a knock-on effect on other native species.

In many places in the US - like the famous Illinois river - they now make up 60 per cent of fish by weight.

To fight the invasion, conservationists need to fine tune the canine method . However, dogs could be a vital tool for saving vulnerable local species.