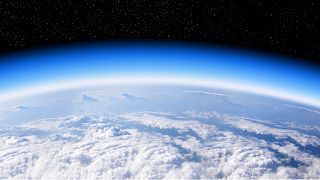 The ozone layer is on track to recover within four decades, according to a new UN assessment.

Human emissions of certain chemicals cause a hole to open up in the ozone layer each year over the Antarctic. This affects the ability of the ozone to protect life on Earth from the sun's harmful radiation.

In 1987, just seven years after scientists discovered man-made chemicals were damaging the ozone layer, the Montreal Protocol was signed by 197 parties to try and curb the amount of harmful chemicals in the atmosphere.

If current policies remain in place, the ozone layer is expected to recover to 1980 values - before the appearance of the ozone hole - within decades.

How soon is the ozone layer expected to recover?

A UN-backed panel of experts, presenting at the American Meteorological Society’s annual meeting yesterday, said the ozone would heal by around 2066 over the Antarctic, by 2045 over the Arctic and by 2040 for the rest of the world.

“Ozone action sets a precedent for climate action,” says WMO Secretary-General Professor Petteri Taalas. “Our success in phasing out ozone-eating chemicals shows us what can and must be done - as a matter of urgency - to transition away from fossil fuels, reduce greenhouse gases and so limit temperature increase.”

Nearly 99 per cent of banned ozone-depleting substances have been successfully phased out, according to the UN-backed Scientific Assessment Panel to the Montreal Protocol on Ozone Depleting Substances four-yearly report.

Hydrofluorocarbons (HFCs) - another group of industrial chemicals that was used to replace bannedchlorofluorocarbons (CFCs)- were additionally targeted in the 2016 the Kigali Amendment to the Montreal Protocol. While HFCs do not directly deplete ozone, they are powerful climate climate change gases that were on track to increase global warming by 0.3 to 0.5°C by 2100, according to the Scientific Assessment Panel.

“That ozone recovery is on track... is fantastic news. The impact the Montreal Protocol has had on climate change mitigation cannot be overstressed,” says Meg Seki, Executive Secretary of the United Nations Environment Programme’s Ozone Secretariat. “Over the last 35 years, the Protocol has become a true champion for the environment.”

The latest assessment on the ozone layer has been made based on extensive studies, research and data compiled by a large international group of experts. This included many from the World Meteorological Organization (WMO), United Nations Environment Programme (UNEP), the US National Oceanic and Atmospheric Administration (NOAA), the US National Aeronautics and Space Administration (NASA) and the European Union.

The report is also the first to examine the potential impact of solar geoengineering on the ozone layer. This proposed form of climate engineering would intentionally spray reflective particles into the atmosphere to deflect sunlight and reduce global warming in a process known as stratospheric aerosol injection (SAI).

Yet the panel cautions that unintended consequences of SAI “could also affect stratospheric temperatures, circulation and ozone production and destruction rates and transport.”