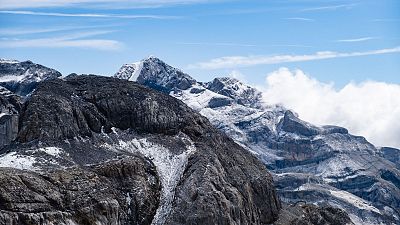 Glaciers in a third of World Heritage Sites are on course to melt away by 2050, according to new research.

A major global study has found that climate change is causing the collapse of these giant flows of ice. But, even if we were to curb emissions now, iconic glaciers from the Dolomites to Yosemite are still set to disappear due to the volume of greenhouse gases humans have released.

Limiting global warming to 1.5C above pre-industrial levels is the only way to save the remaining two-thirds of these vital structures, scientists say.

“As glaciers keep retreating at an accelerated rate, glacial hazards such as glacial lake outburst floods are likely to increase and have disastrous consequences for the populations and biodiversity of entire regions downstream,” warns Tales Carvalho Resende, lead author of the new UNESCO report.

In July, the largest glacier in the Italian Alps collapsed, triggering an avalanche that killed 11 mountaineers. The incident at Marmolada is a tragic sign of what's to come in the Dolomites, where all glaciers are forecast to disappear by 2050.

Elsewhere in Europe, the Pyrenees' Mont Perdu - straddling France and Spain - will also be gone within the next 30 years.

Why are glaciers so important?

It’s hard to comprehend quite how catastrophic the disappearance of the world’s glaciers will be.

50 per cent of humanity depends directly and indirectly on these ice giants as their water source for domestic use, agriculture and hydropower.

UNESCO keeps a close eye on 18,600 glaciers across 50 of its 1,000 plus World Heritage sites. They represent almost 10 per cent of the Earth’s total glacierised area.

This list includes the highest (next to Mount Everest), the longest (in Alaska), the last remaining glaciers in Africa, and some of the largest glaciers across Central Asia, Central Europe, North America, the Southern Andes and New Zealand.

But although being on the World Heritage List is the highest level of protection, with significant mitigation measures in place locally, glaciers under the UN agency’s watch have been retreating at an increasingly accelerated rate since 2000.

UNESCO-protected glaciers are losing 58 billion tonnes of ice every year.

These hulks of slow moving ice are losing 58 billion tonnes of ice every year - equivalent to the total annual volume of water used in France and Spain combined.

The impacts of glacier melting are many-sided, explains Carvalho Resende. They will lead to inevitable changes in local hydrology as well as the shape of habitats and landscapes.

“Glacier melting can temporarily provide a positive impact as there will be more water released from glacial storage. However, in the long-term, annual runoff will be reduced as glaciers shrink.

“Such decrease in glacier runoff is likely to have negative impacts on agricultural production and food security and result in water stress that could be exacerbated by increasing demand for water due to expanding farmland to feed a growing population.”

Where are glaciers melting the fastest?

According to available data, glaciers in all World Heritage sites in Africa will be gone by 2050, including those at Kilimanjaro National Park and Mount Kenya.

In the US, glaciers will disappear from Yellowstone and Yosemite national parks by this point.

Te Wahipounamu in South West New Zealand is on its way out too, having lost almost 20 per cent of its volume since 2000. While Three Parallel Rivers of Yunnan Protected Areas in China is the fastest melting glacier on the list.

“Local communities will be the first to experience the adverse impacts of glacier retreat,” Carvalho Resende tells Euronews Green.

“Glacier tourism is of particular importance in Europe, and will be highly affected by the retreat of glaciers.”

How can we protect glaciers?

UNESCO’s new report makes for dispiriting reading but it’s not too late to save the majority of the world’s glaciers.

The report shows that this rapid disappearance of glaciers is caused by one main factor: warming temperatures. In the Dolomites, for example, the Marmolada disaster struck one day after a record-high temperature of 10 degrees Celsius was recorded at the glacier's summit.

Around 50 per cent of World Heritage glaciers could almost entirely disappear by 2100 in a business-as-usual emissions scenario.

It’s clear that the most important protective measure to prevent major glacier retreat worldwide is to drastically reduce carbon emissions.

However, adaptive actions deployed at the site-level need to be strengthened to respond to inevitable glacier changes in the near future, the UN agency says.

Early warning and disaster risk reduction measures must be designed and implemented.

UNESCO is also advocating for an international fund for glacier monitoring and preservation to support comprehensive research and develop effective response measures.