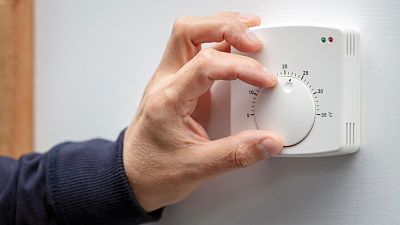 Germany has made headlines this week after switching off lights at public monuments and turning off heating at city run buildings like leisure centres.

Energy saving measures across the country are in line with the EU’s plan to gradually reduce the demand for gas and avoid blackouts this winter. The aim is to bring down energy consumption by 15 per cent by next March.

This reduction would enable countries to keep the lights on in the worst case scenario if Russia were to totally cut off supplies.

For now, reductions are voluntary but soaring energy prices could act as motivation. In the case of a severe shortage or unusually high consumption, however, the European Commission may make them mandatory.

Why is Europe preparing for a potential energy crisis this winter?

If the Kremlin ordered a complete shutdown of gas from Russia, the European Commission estimates that in an unusually cold winter there would be a shortfall of around 45 billion cubic metres.

That makes up around 15 per cent of what EU member states usually consume between August and March each year.

Gas is the bloc’s leading source of heat and is also used for energy production in varying degrees depending on the country.

So the EU is preparing for the worst case scenario where supplies are shut off and the weather is unusually cold. Without this voluntary reduction, some places could be threatened by blackouts this winter.

What are European countries already doing to cut energy consumption?

The EU’s voluntary 15 per cent target was agreed upon by energy ministers from almost all of the 17 member states. Hungary was the only country to object.

Some cities and countries have already started to take action to reduce energy consumption ahead of winter.

France gets a majority of its energy (70 per cent) from nuclear power but is still looking to reduce its use energy consumption by 10 per cent in the next two years.

Air conditioned shops have been told to keep their doors closed or face a fine of €750. Minister for ecological transition Agnès Pannier-Runacher said it was “absurd” to leave doors open when it can lead to 20 per cent more energy consumption. Outdoor cafe and bar terraces are not allowed to be heated or cooled either.

A ban on illuminated advertising between 1am and 6am has also been extended to cover the entire country in a bid to reach this target.

Government offices will only be able to turn on the air con if it is hotter than 26C indoors in an effort to lead by example in President Macron’s “energy sobriety” campaign.

Germany mostly uses gas for heating - only around 15 per cent goes to generating electricity. But across the country authorities are finding ways to cut consumption in both of these areas.

This includes switching off hot water in showers and baths at facilities like leisure centres. Municipal buildings can also no longer be heated to more than 20C and mobile air conditioning units or fan heaters are banned.

In the face of the war against Ukraine and Russia’s energy threats it is vital that we handle our energy as carefully as possible.

Other cities have been turning off lights and fountains in public places. On Wednesday night, Berlin’s roughly 200 historic monuments and municipal buildings were plunged into darkness.

“In the face of the war against Ukraine and Russia’s energy threats it is vital that we handle our energy as carefully as possible,” the city’s senator for the environment, Bettina Jarasch said.

Greece revealed “operation thermostat” in June which aims to reduce energy consumption by 10 per cent this year and then 30 per cent by 2030.

Air conditioners can’t be set to temperatures lower than 27C in public buildings during summer, and office workers are being urged to make sure their computers are switched off at the end of the day.

A number of measures are also being brought in to make buildings more energy efficient. Public buildings are being fitted with window shields, and a €640m programme to renew windows and cooling systems in state owned facilities has been announced.

Though Spain isn’t dependent on Russian gas supplies, its government has still been encouraging citizens to reduce energy consumption.

Environment minister Teresa Ribera said this week that people need to be “as intelligent as possible” offering small pieces of advice to citizens as the country looks to cut its use of gas by 7 to 8 per cent.

“We can tell the kids to turn the lights off, or we can keep the blinds down. We need to make things like turning the light off when we leave a room completely routine. Using the thermostat properly is also important,” she said.

Prime Minister Pedro Sánchez even ditched his tie at a press conference on Friday and asked others to do the same in an effort to save energy - presumably to reduce the need for air con, although he did not specify.

He added that the government would present a new energy saving plan next week but provided no details.

Italy has been working on a plan to cut energy consumption since early July. Emergency measures that included the early closure of shops were being considered before the resignation of Prime Minister Mario Draghi last week.

None of these new restrictions has been introduced yet but since May, air conditioning in public buildings is not permitted to be cooler than 19C in summer or warmer than 27C in winter.

From 2023, major energy consumers (those that use more than 50,000 kilowatt hours of electricity) in the Netherlands will have to reduce energy consumption. The Dutch government announced in early July that it will be mandatory for companies to invest in all possible energy saving measures if the amount they spend can be recovered within five years.

It is part of the country’s effort to end the reliance on Russian fossil fuels and reduce carbon emissions. The government says these new rules could save 19 petajoules of gas and 7 petajoules of electricity by 2030. That’s the equivalent of 4 million barrels of oil.