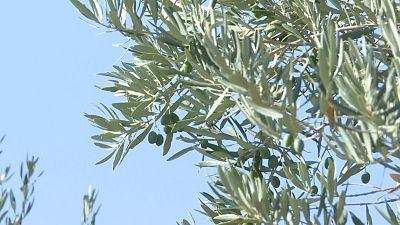 Olives are an iconic part of Mediterranean cuisine. And let’s be honest, food is a huge part of why we travel.

The marinated olives that come with a late afternoon drink in the sun, the extra virgin olive oil drizzled over your salad or pizza and the olive tapenade spread across crunchy crostini. It all instantly makes your mouth water and brings back warm memories of sunny holidays.

But did you know almost half of the world’s olives are grown in Spain? And the majority of those are produced in the southern region of Andalusia.

If we don’t do something about climate change that could come to an end.

This summer Europe has experienced weather like never before with extreme heat and droughts.

And that follows a winter with unusually low rainfall in places like Spain.

According to a study published this month in the journal Nature Geoscience, parts of Portugal and Spain are the driest they have been in a thousand years.

Olive plants can cope pretty well in hot and dry climates, but only to a certain extent. And the drought this year is proving too much for some groves.

"We are used to a lack of water, but not to this point," says Felipe Elvira, an olive farmer in Jaen, Andalusia.

“The region used to get 800 litres of rainfall per square metre, but is set to get around half that amount this year. Every year it's worse."

And even when it does rain, ground that has become dry and baked in the heat will struggle to soak up the water.

Will there be an olive shortage?

Felipe and his son have over 100 hectares of olive groves and, like many in the region, rely on them for their income.

Only around 18 to 20 hectares of their groves are irrigated. This is common among olive farmers as irrigation systems can be costly.

According to the COAG farmers' union only three out of 10 hectares of olive farmland in Spain are irrigated.

Areas that do have this in-built watering system have survived better, though the productivity levels are still hugely reduced.

"Olive trees are very resistant to water scarcity," he says.

But when droughts become extreme, the trees "activate mechanisms to protect themselves. They don't die but no longer produce anything."

Some farmers may be tempted to start irrigating their plots, but this would deplete supplies at already stretched reservoirs even further.

"We can't exhaust resources, everyone needs water. Honestly, I don't know how we are going to manage," says Felipe Elvira.

One of the other options for farmers is to start picking the olive earlier before they ripen fully. This may increase yield, but it’s likely to reduce the quality of what arrives on your plate.

Why is olive production so important in Spain?

Olives are often described as Spain’s ‘green gold’. Annual exports of olive oil alone are worth around €3.6 billion.

Plus if you factor in all the tourists that visit Spain to experience the food and often take bottles of olive oil home with them, it’s a huge industry.

Olive trees cover many hillsides in southern Spain, which are often unsuitable for other crops and provide villages in the south with a source of income.

With the rise in temperatures, 80 per cent of Andalusia's unirrigated olive tree plantations may become unsuitable to grow olives.

"Many villages here depend entirely on olive trees. Without olives, there is no more revenue," says Hervas.

Watch the video above to learn more about Spain’s olive industry.