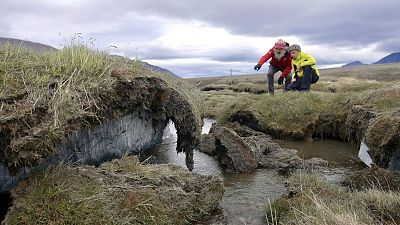 Kim Holmén is a Professor of climate and environment at UiT, the Arctic University of Norway and also a special advisor at the Norwegian Polar Institute, where he has worked as the International director for a decade.

Professor Holmén met with the Ocean filming crew in Longyearbyen - Svalbard's de-facto capital. The town and its 2300 residents are feeling the full disruptive force of climate change.

The Norwegian archipelago, located some 1300 km away from the North Pole, has been the focus of Kim Holmén's work for 35 years. He says the changes taking place in the Arctic today should concern people everywhere, insisting that only through concerted joint efforts can this fragile region be protected.

"Few people have the privilege to see a polar bear in the wild. However, I think many would think the world is poorer if the polar bear did not exist.

Explaining some of the changes we will face, Professor Holmén adds: "The melting glaciers give sea level rise. Places like the Netherlands, Bangladesh, are hard struck. It also influences weather systems, so that the ice-free Barents Sea region will influence the cyclones entering Europe. It will be drier around the Mediterranean, which of course creates tension in Europe. The changes here influence weather in Japan and Korea, China as well, because of the jet stream and how it is influenced by the surface here."

Professor Holmén concludes by saying: "If we give up, then we will lose it all for sure. I think we are clever beings — we must, we shall, we will find ways forward. Not only to believe that technology will fix it, we must also fix it within ourselves. How can I, how can we make changes that are good for ourselves, for our children, and for the planet?"

_click on the video above to watch the full interview_