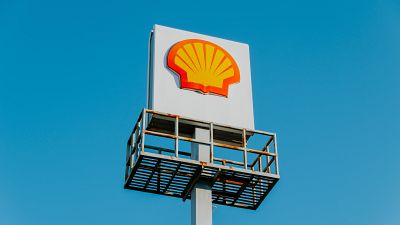 Adverts by Shell and Land Rover have been pulled after complaints the companies falsely claim to help the planet.   -   Copyright  Jethro Carullo
By Rebecca Ann Hughes  •  Updated: 11/07/2022

Two advertising campaigns that falsely suggested car drivers could lessen their impact on the environment have been removed after complaints.

The adverts from multinational energy company Shell and vehicle manufacturer Land Rover were found to be misleading by watchdogs.

Advertising standards authorities in the Netherlands and Ireland concluded that the companies were unable to back up their claims.

Both companies have been told to take down the adverts.

The global energy company has been told it cannot claim that customers can compensate for their car’s CO2 emissions by filling up at its petrol stations.

The premise for this claim is that the energy company invests in environmental projects that it says contribute to reducing the amount of CO2 in the atmosphere.

The Dutch Advertising Code Committee (RCC) in the Netherlands ruled that such an absolute claim must be proven and that Shell fails to do so.

The RCC concluded that protecting forests or planting trees does not make up for the climate damage caused by burning fossil fuels.

Shell has two weeks to appeal.

“But this new decision confirms that it does not matter which word they use, as long as they cannot demonstrate a clear benefit to the climate, every word is misleading.”

The Advertising Standards Authority for Ireland (ASAI) has pulled an advert by Land Rover over similar false claims.

A print advertisement by the car manufacturer suggested its SUVs could help save the planet.

In the campaign, gardener Diarmuid Gavin, a brand ambassador for the company, suggested he is following a more sustainable lifestyle by driving a Land Rover.

In the sponsored article in several of Ireland’s national newspapers, Gavin claims the Land Rover Defender Hard Top was helping him in “planting the seeds of a more sustainable life.” The gardener said the vehicle’s mild-hybrid technology “fits in with his sustainability goals.”

The ASAI received 28 complaints after the ad ran last summer. Readers said the campaign appeared to be greenwashing, as SUVs could not be said to be environmentally friendly.

The advertising watchdog ruled that Land Rover could not back up Gavin’s statements, nor the claim that the vehicle was the first step to going full electric, as the article suggested.

The ASAI also said that Gavin’s claim that the SUV's hybrid technology reduces the amount of fuel needed could not be stated by the company unless a comparison with other vehicles could back it up.

Land Rover has been told not to publish the ad campaign again.