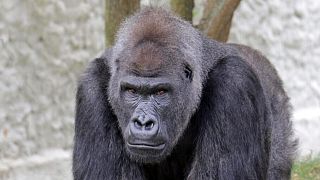 As Russian forces descend upon the Ukrainian capital, Kyiv Zoo remains closed to visitors - but no plans have been made to evacuate its animals.

The zoo is home to 4,000 creatures belonging to over 200 species, including elephants, camels and Ukraine’s only gorilla.

But staff at the zoo say the opportunity to evacuate its animals has now well and truly passed.

"It's almost impossible to evacuate animals, because it's impossible to provide appropriate veterinary service and transportation," says Kyrylo Trantin, the zoo’s chief.

"For now, we have food supplies for around ten days."

Last week, heavy fighting was reported near Kyiv Zoo, raising concerns for the wellbeing of its animals on social media.

Trantin says elephants and other vulnerable species are being given sedatives to calm them down during the shooting.

"Moreover, our keepers are staying with them overnight."

But with Russian attacks on residential areas becoming more and more common, some Ukrainian zoos have already evacuated their animals to neighbouring countries.

On Monday, animals from the Save Wild bear sanctuary near Kyiv were transported to Poland, where Poznan’s zoo has offered them refuge for the duration of the war.

Despite being surrounded by Russian tanks en route, the convoy of five bears made it through the occupation line and arrived safely at their destination, prompting claims of a “miracle” from zoo workers.

Find out more about how you can help animals in Ukraine here.

Watch the video above to see Kyiv’s sheltering animals.