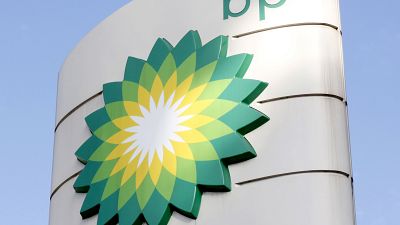 Oil and gas giant BP is exiting its share in Rosneft, a state-controlled Russian oil and gas company, in reaction to Russia's invasion of Ukraine.

The move comes after increased pressure from the UK government and some opposition parties (Liberal Democrats and Plaid Cymru). Earlier this week Extinction Rebellion Ukraine highlighted that the Russian invasion has been "financed by fossil fuels."

“Like so many, I have been deeply shocked and saddened by the situation unfolding in Ukraine and my heart goes out to everyone affected. It has caused us to fundamentally rethink BP’s position with Rosneft,” Looney said in a statement.

“However, this military action represents a fundamental change,” Lund said in a statement.

Kwasi Kwarteng, the UK's secretary of state for business and energy, said he welcomed BP's decision.

“Russia’s unprovoked invasion of Ukraine must be a wake-up call for British businesses with commercial interests in Putin’s Russia,” Kwarteng said in a tweet.

BP said it will take two non-cash charges in the first quarter to reflect the change, including a €9.9 billion charge for foreign exchange losses that have accumulated since 2013.

Rosneft's partnerships with Western oil and gas companies have been stymied before.

In 2011, Exxon Mobil, led at the time by future US Secretary of State Rex Tillerson, signed a deal with Rosneft to potentially drill in the oil-rich Russian Arctic. But Exxon ended that partnership in 2017, citing US and European sanctions against Russia.