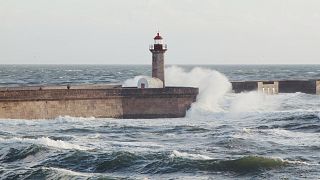 Tidal power has the potential to deliver more than a tenth of the UK’s energy but, at the moment, the country only receives around 3 per cent of its power this way.

Other forms of renewables such as wind and solar have grown rapidly over the last few years, so why is wave energy lagging behind?

Tides are caused by the gravitational pull of the sun and moon which move the seas around the Earth. This movement can be harnessed to generate electricity in a way that isn’t affected by weather or seasons. It is also much more predictable than other renewables like wind and produces more energy in winter when it is needed most.

“We need a range of renewable technologies to get us to net zero as fast as possible,” says Dan McGrail, CEO of Renewable UK.

“As an island nation with superb tidal energy resources to harness, it is clear that tidal stream should have a key role to play in our shift to clean energy.”

Perhaps the reason tidal power hasn’t yet taken off is to do with the obstacles generating it presents - some of which could damage the environment.

Tidal barrages, dams built across the mouth of a bay or estuary, can change the way water flows which affects the lifecycles of animals that live there. The spinning blades of tidal stream generators can injure or kill wildlife. And as of yet, the environmental impact of untried technology such as dynamic tidal power is so far unknown.

But overall the biggest barrier to unlocking the potential of tidal energy is cost.

Scotland is currently a pioneer when it comes to this form of renewable energy. The nation is home to the world’s largest tidal stream generation station that was built in 2018.

Almost half of all tidal stream energy is generated in Scotland. This form of power production uses electrical generators that are installed directly into the tidal stream. Similar to a wind turbine, water turning the blades is what creates the energy.

The investment today provides a major push for Scottish tidal power to become a key part of the next generation of renewable electricity projects.

Now the UK Government has just announced a further £20 million (€23.5 million) in funding for more projects like this to be built across Scotland and the rest of the UK. This is intended to help the marine energy sector develop its technology and lower costs to make it a more viable option.

Business Secretary Kwasi Kwarteng says he hopes the funding can help tidal power “follow in the successful footprints of other renewable technologies, where we’ve seen costs fall dramatically in recent years thanks to UK Government support.”

“The investment today provides a major push for Scottish tidal power to become a key part of the next generation of renewable electricity projects needed to strengthen energy security as we work to reduce our dependency on volatile fossil fuels,” says Kwarteng.