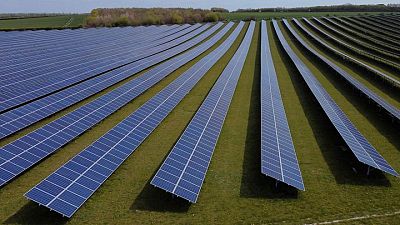 The price of new renewable energy projects is going up, policy advisors say.

While it makes setting up projects all the more expensive, they say it should also free up access to money in other areas at the same time. This is because of something called an 'economy of scale'.

When more of something, like the solar panels for a renewable energy project, can be produced on a larger scale with fewer input costs, 'economies of scale' are created.

Overhead costs that are reduced by economies of scale include things like permit fees, labour costs for installation and the money spent to find new customers.

So rising costs, as well as supply chain problems for some of the commodities and goods needed for green projects, won't be a long-term threat to the economic viability of clean energy, advisers tell Reuters.

Overall costs for the industry should trend downwards as there are few barriers to scaling up, said Harry Boyd Carpenter, managing director for green economy and climate change at the European Bank for Reconstruction and Development (EBRD).

Vaibhav Chaturvedi, a fellow at the Council on Energy, Environment and Water (CEEW), sees "greenflation", or the costs associated with going green, as a concern, especially in the short-term.

"Underlying commodity prices are rising everywhere in the world," he said.

Prices of metals such as tin, aluminium, copper, nickel-cobalt have risen by up to 91 per cent this year. These metals are used in technologies that are a part of the energy transition.

But Chaturvedi sees the lowering cost of funding for renewable projects as a "big leverage" to counter the increase in underlying costs.

"You will not actually get cheap money for anything that's a climate risk. Whereas for renewables, the market is softening," Singh said.