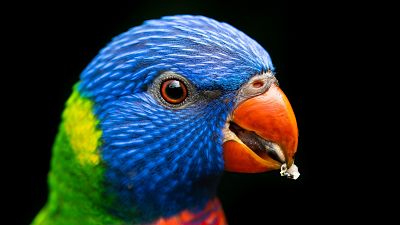 Animals are evolving quicker to cope with the warming climate — but where does that leave those that cannot adapt quick enough?

A new study, published by Deakin University in Australia, found that birds, in particular, are developing larger beaks, legs and ears to better regulate their body temperatures.

Rather than thinking of climate change as an issue that just humans must adapt to, bird researcher Sara Ryding says we need to realise it impacts other species too.

“It's high time we recognised that animals also have to adapt to these changes, but this is occurring over a far shorter timescale than would have occurred through most of evolutionary time.”

Climate change is putting pressure on animals to adapt at an increasing rate, and though some may be able to, others may not, she warns.

Animals are adapting to both warmer and colder climates

This rapid form of evolutionary change has produced a 4-10 per cent increase in the size of bills in Australian parrots since 1871 — a number that positively correlates to the increasing annual temperature in the country.

A small songbird named a North American dark-eyed junco also appears to be evolving at a heightened rate, the study outlines. A link has been noticed between their increased bill size and short-term temperature extremes in cold environments.

And it’s not just birds. Researchers involved in the study detail the increasing tail lengths of wood mice, and leg size increases of masked shrews.

These findings build on earlier research detailing how the world’s plants and animals are adapting in order to survive in harsher climates, brought on by the effects of climate change.

Not all animals will learn to adapt

Studies have found evolutionary changes in plants such as thyme have made the herbs more resistant to warmer climates.

In the animal kingdom, tawny owls are known to be turning browner as the regions they occupy see less and less snow, and as such less need for their white coats.

However, Ryding writes that these evolutionary changes are not a sign animals are coping well with climate change.

"It just means they are evolving to survive it,” she says, warning that “we're not sure what the other ecological consequences of these changes are, or indeed that all species are capable of changing and surviving."

For each adaptation though, there may be many more species at risk.

Over 30 per cent of tree species are threatened by extinction; Komodo dragons have recently been moved from the vulnerable species list to the endangered species list; and avocados, vanilla and native orchid species are all amongst a list of wild crops that are currently facing extinction.