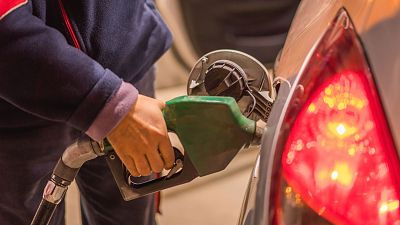 The UN has officially banned the use of lead in all petroleum or gasoline production   -   Copyright  Canva
By Sarah Palmer  •  Updated: 01/09/2021

This global achievement comes after Algeria saw the last refinery in the world phase out the toxic additive.

What’s so bad about leaded petrol?

Leaded fuel (tetraethyllead) has been causing ecosystem degradation, deaths and severe health issues - especially for children - since its introduction in 1922. While it has been largely phased out of the Global North, in the past 20 years, leaded fuel was still commonly used across low-income countries.

According to WHO research by Phillip J Landrigan, lead is toxic to multiple organ systems. Exposure is especially dangerous for pregnant women and their unborn babies - the nervous system of the foetus and infant is highly susceptible to the toxins.

From an environmental perspective, lead can remain in the environment as dust indefinitely. As a toxicant, its presence in air, soils and water in turn affects humanity.

In fuels, lead contributes towards air pollution - especially in urban areas. Soil near motorways and busy roads has higher levels of lead than in other areas. Plants exposed to lead can absorb the metal dust through their leaves, or take lead through the soil.

Japan was the first country to totally eradicate lead from its fuel in 1972 - followed by Europe and a number of Asian countries. However, by the early 2000s it became clear that some countries were struggling to make the change because of economic implications.

What happened at the UN press conference?

At the UN conference on August 30 2021, key stakeholders from the United Nations (UN), United Nations Environment Programme (UNEP), the US Environmental Protection Agency (EPA) and IPIECA, the global oil and gas industry association broadcast the monumental news that petrol had officially been rid of lead.

UN secretary general António Guterres called it a "united global effort" and "a milestone for human and planetary health". According to Guterres, when the programme began 86 countries were still using leaded fuel worldwide. Now, there are none.

“Ending the use of leaded petrol will prevent more than 1 million premature deaths each year,” explains Guterres. “From heart disease, strokes and cancer. It will protect children whose IQs are damaged by exposure to lead.”

Inger Andersen, executive director of UNEP, explained that leaded petrol was a prime example of the mistakes humanity has been making and have brought us the crisis of climate change, biodiversity loss and pollution.

Andersen explains that this success provides some valuable lessons in dealing with environmental challenges.

“These are lessons on the need for independent science, innovation, free media and clear objectives and goals. Now, we must apply these lessons elsewhere.”

“The end of leaded petrol is more than a celebration of the end of one toxic era. The phase-out of leaded petrol in Algeria last month – the last country in the world to have used tetraethyllead – is a testament to the world’s ability to achieve a common goal - together.

“It clearly shows that if we can phase out one of the most dangerous polluting fuels in the 20th century, we can absolutely phase out all fossil fuels. This achievement again shows what we can accomplish when we work together across countries and sectors for the common good,” concludes Gutteres. “Let’s build a cleaner, greener future for all.”

Is potato milk the most sustainable dairy alternative yet?