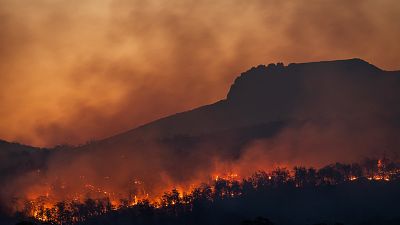 A new study has revealed the top five countries that would survive the collapse of global civilisation.

New Zealand (already home to a wealth of billionaire preppers) takes the top spot, with the other five entrants being Iceland, Ireland, Australia and the UK.

The study, carried out by Nick King and Professor Aled Jones of the Global Sustainability Institute at Anglia Ruskin University (ARU) examined possible ‘shocks’ to the complex global system of food supply chains, webs of technology and communications and global finance.

“I have been looking at shocks to global society for a number of years around the world, what causes shocks and how they propagate through the system, looking at what countries need to withstand those shocks,” says Jones.

In a potential scenario where overpopulation, lack of resources or climate catastrophe causes a societal collapse (over a ‘long descent’ or within as little as a year), arable land for farming, capacity for renewable energy production and separation from collapsing population centres is key.

“Islands do particularly well, we were surprised by the UK but being heavily isolated helps quite a bit,” adds Jones. “The UK has a lot of potential for renewables with offshore wind and tidal.”

Jones has been working on studying shocks to the global system for 10 years and the focus has been on extreme weather for the most part.

“The top 20 countries we looked at were the ones most resilient to climate change. Extreme weather and climate change looking over the next decade or so that threat seems quite high.”

However, Jones is keen to point out that the research is not designed to encourage people to move to one of the five survivor nations, but to point out flaws in our global systems.

“There has been a trend for billionaires to buy up land in New Zealand, we are advising let's see if you can keep other countries going.

“We obviously don’t want the rest of the world to collapse, it would be very lonely and you’d always be having to continue protecting your borders,” he says.

The researchers looked at what causes the collapse in complex systems and advocate for making things a bit simple so you can see how things are connected.

“The key is having some slack in the system, how you can make sure if there is a shock you can absorb those shocks. If you shock global society that goes through very quickly,” adds Jones.

“The pandemic showed...that we are really connected; when something happens in China it can affect every single person on the planet.”

How did New Zealand come out on top?

The researchers suggest that a hybrid of disasters may occur, beginning with one and then gaining momentum through “feedback loops”, leading to an abrupt collapse.

The aim of the study is to find out which countries would bounce back or avoid collapse altogether.

“We were looking at how you could keep society looking as much as it does today. Do you have enough energy to carry on civilization? Can you produce energy, food and materials we need today?” says Jones.

All five countries are islands or island continents that are temperate and have the greatest likelihood of relatively stable conditions continuing despite the effects of climate change.

New Zealand was identified as having the greatest potential to survive relatively unscathed thanks to its ability to produce geothermal and hydroelectric energy, its abundant agricultural land and low population.

Iceland, Tasmania and Ireland have similar characteristics. but the UK presents a more complex picture due to its high population density.

Although the UK has generally fertile soils it has low per capita availability of agricultural land, raising questions about future self-sufficiency.