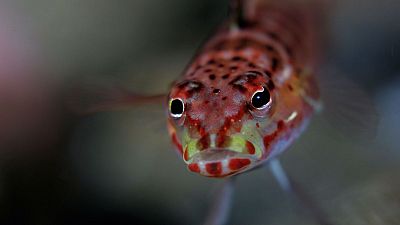 A doorbell for fish has gone down a storm in the Netherlands with over 100,000 rings in just two months.

The bell was installed in a canal in Utrecht as part of a project with the municipality and Waterboard HDSR. Its goal was to help local fish in their annual search for a good place to breed.

The idea was the brainchild of Mark van Heukelum, a Dutch ecologist. He was working along the canals in Utrecht on another project last year when he observed that many fish were getting stuck in Spring as the locks on the canals stayed closed until the recreational season started.

Why do fish need a doorbell?

When fish are migrating upstream and they bump their heads against the closed lock, they just stop and wait until the flow reduces, hoping that an opportunity to continue will arise. But of course they don’t realise this is an artificial construction so there will never be that opportunity. So they will continue to wait - which uses up a lot of their energy.

Birds that prey on fish noticed that they were congregating at the lock and were therefore eating them in higher numbers as they were so easy to pick off.

“The boat lock manager said to me ‘well I want to open the door for the fish, for me it’s no problem I live nearby but I have to know when exactly those fish are there so then I know when I have to open the door’,” says Van Heukelum. “So that question sparked the idea of placing an underwater camera there and let everybody join to see when the fish are there and then they can notify us by pushing the doorbell.”

So he, along with the Utrecht municipality and Waterboard HDSR, did just that. At the end of March 2021 a camera was installed and a website was set up where people could watch the livestream and ring the doorbell when the fish would appear, to alert the lock manager.

The doorbell has proved popular around the world

The response was immediate and enthusiastic.

Within two weeks 735,000 people had visited the website and the doorbell had been rung over 32,000 times. It also went beyond just Utrecht and the Netherlands with people tuning in from Canada, Germany, Spain and Taiwan.

“I was jumping in my living room,” Van Heukelum recalls when he saw the response. “Of course we hoped that there would be attention and we were sure that at least in Utrecht people would be interested in the project, but before we knew it, it really took off.”

In the end, so many people were ringing the doorbell that the lock manager moved to a regular schedule of opening the lock once in the morning and once in the evening and another time throughout the day if there were a significant amount of fish gathering.

It was about more than just the doorbell as it allowed those involved to gather data on Utrecht’s fish population and to confirm that the canal is an important migration route.

The underwater environment that exists in our cities

The project also helped raise awareness about the fact that underwater nature is present in the city.

“It is very interesting to show people that the canals actually form the biggest nature reserve of the city of Utrecht without people realising it because many people see the canals as a historical monument, as a route for boats to pass, but not many people knew that there were many fish living in there and that it’s an actual important connection for different rivers.”

The doorbell has been stood down for this year as the lock has returned to being opened regularly as we enter into summer. The Utrecht municipality says that the bell was rung over 100,000 times and they confirmed in a statement that it would return in 2022.

They also revealed some of their findings from the project.

“The eel and ide appeared in front of the camera a few times. The eel is an endangered species. The ide is a real river fish, showing that the Utrecht canals indeed connect the Vecht and Kromme Rijn and are part of a river system.”