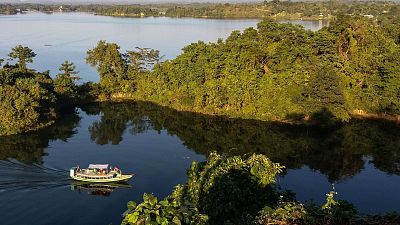 Bangladesh’s farmers were developing creative planting solutions long before climate change was on most people’s radar.

The country’s wild monsoon seasons deemed it a necessity. In the event of excess rain, parts of the country become vulnerable and thousands are forced to migrate.

Experts predict that by 2050 about 20 per cent of the available land in Bangladesh will be permanently underwater. Climate change places other vulnerable countries in the same position meaning they may soon need to understand how to do things with less land and more water.

For hundreds of years, the country’s native farmers have adapted to focus on crops that are able to develop across its riverine landscape. The pursuit has been a success for many families’ livelihoods to the point where researchers say the rest of the world should be taking notes.

Bangladesh’s ancient process is centred much more on the unpredictable weather patterns induced by climate change.

Traditionally, farmers will construct a floating platform of greenery, such as water hyacinths, several feet into the water to create a base. This floating garden is then used to plant vegetables without the need for soil, creating conditions that adapt to even the rainiest of seasons.

It’s a group effort where family members and friends get stuck in to create these impressive structures that have the potential to be more than 50 metres long.

Rafts like this can provide families and businesses with aubergines, okra, gourds, spinach, along with many herbs and spices. It’s an important resource of physical and financial sustenance that researchers at the University of Ohio think other countries could turn to in the face of rising sea levels.

"We are focused here on adaptive change for people who are victims of climate change, but who did not cause climate change," says Craig Jenkins, a co-author of the study and professor at The Ohio State University.

"There's no ambiguity about it: Bangladesh didn't cause the carbon problem, and yet it is already experiencing the effects of climate change”.

The BBC have heralded Bangladesh’s use of traditional hydroponic technology as an answer to the environmental problems facing the country.

Simply speaking, hydroponic technology seeks to produce plants without the use of soil.

“It is very environmentally friendly – all the necessary inputs and resources are natural, and it does not create any waste or byproduct which can impact the environment negatively,” says Fahmida Akter, a senior research fellow at the James P Grant School of Public Health at Brac University in Dhaka.

When the season ends the plants are broken up into pieces and mixed into the soil to grow land-based crops like tomatoes and cauliflower.

Agriculture is a big economic deal for Bangladeshi’s. According to the UN, half of the country’s labour force is employed by the industry, with severe implications on the country’s GDP if that were to change.

The threat of rising sea levels affects many Asian territories faced with the same complication. But countries such as India, Thailand, and Vietnam have the rivers to emulate this type of cultivation.

Bangladesh’s government sourced a resurgence in this kind of farming in direct response to climate change. It has raised questions about whether other governments could do the same.

Scientists have grown a clean, green superbug that eats sewage