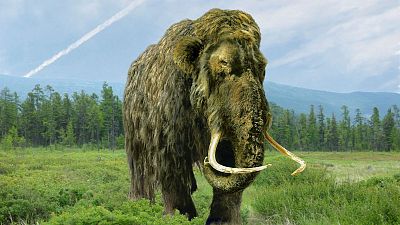 The controversial topic of animal cloning is back on the table after scientists in the US successfully cloned the first endangered species last December.

A black-footed ferret was produced from the genes of an animal that died over 30 years ago. The slinky predator, named Elizabeth Ann, was born in a Colorado facility on the 10th of December 2020. By cloning her, the scientists hope to inject some much needed genetic diversity into the ferret population.

The species was thought to be extinct in the 80s but a successful breeding program resulted in six thousand new individuals. The problem is that they all have the same limited ancestry.

Elizabeth Ann is expected to bring back a genetic copy of a ferret named Willa that died in 1988. Her remains were frozen in the early days of DNA technology. Scientists intend to breed the newly cloned ferret, created with the help of the U.S. Fish and Wildlife Service and wildlife conservation organisation Revive and Restore, to improve the population's genetic diversity.

"Advanced reproductive technologies, including cloning, can save species by allowing us to restore genetic diversity that would have otherwise been lost to time,” says Ryan Phelan, executive director of Revive & Restore.

The controversial plan has left conservationists divided over whether cloning can really be used to save endangered species. Critics say that the process is very expensive and complicated.

"The only benefit is to produce one or possibly two individuals from a large amount of effort," says Professor William Holt from the University of Sheffield.

"And very often those individuals have got some kind of clinical problem. That isn't really making a big contribution towards conservation and saving the whole species."

Cutting-edge science and a blast from the past! Meet Elizabeth Ann. She’s the first-ever cloned black-footed ferret, created from the frozen cells of a ferret that died more than 30 years ago: https://t.co/PJNo7NaFhV

Check the thread for more about Elizabeth Anne! pic.twitter.com/0i85mv9FgH

What about already extinct species?

At Harvard University a team of scientists are working on resurrecting the woolly mammoth.

In theory, to get a healthy population of mammoth or any other already extinct animal, scientists need to find well-preserved remains from a number of individuals. This would allow them to create a small population with the diverse genetics needed to keep their offspring healthy.

But this is almost impossible in the case of the mammoth.

In reality, the project aims to create a cross-species between the mammoth and its closes relative, the Asian elephant. It is thought that de-extinction could help to improve some ecosystems.

In this case, the new species would have the characteristics of the mammoth. This would allow it to inhabit northern regions, changing the ecosystem back into what is known as the "mammoth steppe," a grassland in the place of the current tundra and taiga.

The large animals could compact and scrape away thick insulating layers of snow, helping the extreme winter cold to penetrate the soil. This would help to slow down the melting of the Arctic permafrost thus halting global warming, states the website of Revive and Restore.

"I think it's a bit questionable as to whether it's possible to resurrect a species and expect it to be able to live happily and restore the environment back to what it was millions of years ago," says Professor Holt.

"Cloning, especially something like a mammoth, would have a lot of deleterious genes in them, and so that would promote sort of lack of fitness and the sort of problem that you'd get in an inbred population."

"What would you do with that one cloned animal? Where would you keep it? How would it know it was a mammoth? How would it interact with a family of other mammals, which is what it should be doing?"

International conservationist organisation, IUCN also has strict rules to what is considered a species. Any new animal with mixed DNA would face difficulty with classification and could essentially create a whole new endangered species of its own.