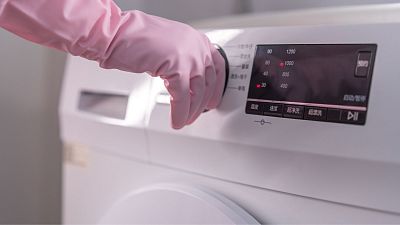 A new 'right to repair' law will come into force in the UK by summer 2021, ministers announced today.

Companies will legally have to make spare parts available to consumers for the first time. This means appliances like fridges, washing machines and TVs should last longer and be cheaper to run.

The aim is to stop electrical items becoming obsolete, therefore reducing the need for new materials.

By extending the lifespan of products by up to 10 years, they will come with higher energy efficiency standards, which is estimated to save consumers an average of £75 (€87.50) a year on bills.

Perhaps most importantly, the law stipulates that repair manuals must also be available so repairs can be done safely.

We’ve all been there. You drop your phone and the screen smashes, the washing machine starts pouring water onto the kitchen floor. When you go to get it fixed, you realise that the only guaranteed option is the original manufacturer and it’s going to cost almost as much to repair as it would to buy a new one. Why should you have to pay an arm and a leg for the new version all over again?

The rules were put forward by the European Commission (EC) in 2020 and are now rolling out in Great Britain, while EU laws continue to apply in Northern Ireland.

The resolution also addresses problems with design, where devices become out of date or obsolete after a very short lifetime of use. While sometimes it may be that a product is too insubstantial to last, there are claims that various brands are built with a predetermined lifespan.

This is called planned obsolescence and, while it is very difficult to prove that companies are purposefully making their products disposable, the number of faulty items being replaced has more than doubled since 2003. When they do break, giving us that dreaded black screen, most are simply thrown away.

Around 80 per cent of our discarded fridges, phones, laptops and TVs end up in landfill

A New Circular Vision for Electronics, UN , PACE and WEF

Only a fraction of our electronic waste (E-waste) gets recycled currently. The UN estimates that around 80 per cent of our discarded fridges, phones, laptops and TVs end up in landfill. Given that globally 50 million tonnes of e-waste is produced every year, this leaves us at risk of running resources dry and poisoning our environment with the toxic chemicals that leach out of discarded devices.

The ‘right to repair’ hopes to increase the lifespan of our electronics and offer consumers a chance to reduce this ever-growing mountain of waste by making fixes and upgrades to things they already own all the more available. “We will be giving more power to consumers through better information about products and services. When you have information that is trustworthy and reliable, you can avoid green-washing much more easily,” explained EC Commissioner, Virginijus Sinkevičius.

“For example, electronics and ICT are products for which each consumer would want to have the right to repair, including to upgrade.”

An environmental disaster in your pocket

In an amendment to the previous regulations surrounding appliances proposed in October 2019, smartphones, laptops and tablets have been added to the guidance. After criticising the initial measures for not going far enough, campaign groups welcomed this addition as a successful move towards reducing e-waste.

Smartphones are an area of our everyday electronic use that could see significant environmental improvement from reuse and repair laws. Our handheld gadgets tend to have a much shorter lifespan than a lot of other household electronics - with an average phone lasting three years. Extending this by just one more year, the European Environmental Bureau found, could save the equivalent CO2 emissions of taking a million cars off the road.

Companies like Apple have historically raised objections to similar legal ‘rights to repair’ in the US. At a hackathon in 2017, Apple executive Lisa Jackson said the iPhone was “too complex” for normal people to repair. The company argued in a letter obtained by Vice’s Motherboard, that making tools, parts and diagnostic information available to the public would mean “hackers can more easily circumvent security protections, harming not only the product owner but also everyone who shares their network.”

With approved repairs sometimes up to half of the cost of a new phone, it doesn’t look good for those of us trying to keep our tech going for as long as possible.

But the tides finally seem to be changing in favour of a greener approach. In September 2019, Apple launched a programme to offer genuine parts, tools and training to independent repair businesses. Initially, only for customers in the US, there are plans to expand to other countries so that approved fixes for your smashed screen or dead battery are more readily accessible.

Campaign group Right to Repair Europe sent a letter earlier this year to EU officials asking that phones, tablets and laptops be included in the new eco-design laws, ensuring that schemes like this are available from all manufacturers. A study by one of the campaign’s co-founders discovered that in order for claims of energy efficiency to be balanced by the incredible climate impact of manufacture, we would have to hold on to our phones for at least 25 years. It made sense for these eminently disposable devices to be added to the existing list of household appliances.

Shortly after the letter was sent, plans were announced to extend the ‘right to repair’ directives to cover them. A win for frustrated consumers across Europe.

These new rules are part of a move to steer the EU’s economy away from its damaging linear model. Traditionally, we have followed a pathway of ‘make, use and dispose’, so we don’t get the maximum value from materials before they are thrown away. A more efficient, circular system sees items we use on a daily basis kept for as long as possible to reduce waste and limit the impact of excessive manufacturing on the environment. Without changes like this, we are borrowing from the future and could be consuming twice as many resources as our planet has by 2030, according to the WWF.

The European Green Deal is made up of a number of strands like this that look to transform the economy in response to the climate crisis. As part of the promised plan, there are also directives to improve the reuse and recycling of textiles, cut single-use plastic packaging and stop illegal shipments of waste. In addition to repair, it would make manufacturers take back unusable devices to harvest valuable minerals and metals that have a devastating impact on the countries in which they are mined.

Many products break down too easily, cannot be reused, repaired or recycled, or are made for single use only. There is a huge potential to be exploited.

On the launch of this new Circular Economy Action Plan, Frans Timmermans, Executive Vice-President for the European Green Deal, explained that changing the way products were made and maintained was essential to protecting the environment and consumers.

“To achieve climate-neutrality by 2050, to preserve our natural environment, and to strengthen our economic competitiveness, requires a fully circular economy,” he said.