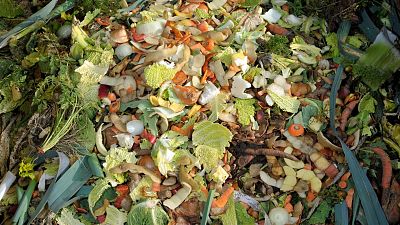 Over 930 million tonnes of food sold in 2019 was thrown away, according to new research by the UN Environment Programme (UNEP).

This volume would fill enough 40-tonne trucks to stretch around the globe seven times.

Partnering with circular economy charity, WRAP, the UN report suggests that a fifth of food available to consumers - through shops, restaurants and in our homes - is thrown directly in the bin.

Some food is also lost on farms and in the supply chain, with the research indicating that overall a third of all food is never eaten.

Food waste is a global issue

Experts investigated what was being thrown away in a total of 54 countries, including still edible items and things we don’t eat such as bones, shells and fruit pits. Regardless of national income level, every country was found to have a substantial food waste problem.

“For a long time, it was assumed that food waste in the home was a significant problem only in developed countries,” says Marcus Gover, CEO of WRAP.

“With the publication of the Food Waste Index report, we see that things are not so clear cut.”

Until now, few governments around the world have had robust data about this kind of waste making it difficult to address the problem, says the report. UNEP also published the methodology behind their figures to allow countries to better measure what is ending up in the bin.

They hope it will help individual governments to work out where the most food is being thrown away in their country and why. Strategies targeted at specific problems could then help deliver the UN Sustainable development goal to halve consumer food waste by 2030.

“With only 9 years to go, we will not achieve SDG 12 Target 3 if we do not significantly increase investment in tackling food waste in the home globally,” says Gover.

“This must be a priority for governments, international organisations, businesses and philanthropic foundations.”

Why is food waste a problem?

“If we want to get serious about tackling climate change, nature and biodiversity loss, and pollution and waste, businesses, governments and citizens around the world have to do their part to reduce food waste,” says Inger Andersen, Executive Director of UNEP.

Producing food has a significant impact on the environment. Up to 10 per cent of global carbon emissions have been linked to food that we don’t eat. Other problems with food production come from land needed to grow crops or raise livestock, water use and pollution.

New @UNEP study with @WRAP_UK finds that food waste is everybody's problem to fix - on average a household wastes 74 kgs of food each year, per person. If we want to get serious about tackling environmental threats, we must #ActOnFoodWaste#ForNaturehttps://t.co/OLaXUh9FQE

Global food security is a growing issue too with 690 million people affected by hunger in 2019, a number the UN says is expected to rise due to COVID-19.

“Reducing food waste would cut greenhouse gas emissions, slow the destruction of nature through land conversion and pollution, enhance the availability of food and thus reduce hunger and save money at a time of global recession,” Andersen adds.