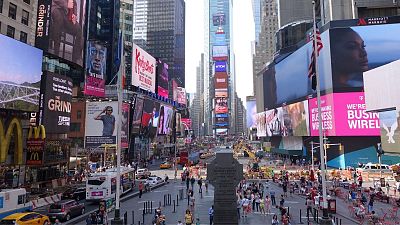 Objects made by humans on planet Earth will weigh more than all living things by the end of this year, say experts.

A team at the Weizmann Insitute of Science in Israel has estimated the combined weight of everything humans have manufactured from 1900 to the present day. Unsurprisingly, they found that we have dramatically changed the face of the planet over the last 120 years.

Human-made objects added up to just 3 per cent of the Earth’s biomass at the beginning of the 20th century.

We are at a tipping point where human ‘stuff’ will soon weigh more than the 1.1 teratonnes

“The study provides a sort of ‘big picture’ snapshot of the planet in 2020,” says Professor Ron Milo, one of the study’s authors.

“This overview can provide a crucial understanding of our major role in shaping the face of the Earth in the current age of the Anthropocene.”

The study found that the mass of objects made by us has doubled every 20 years since the beginning of the last century. The amount of new material added every week is estimated to weigh more than the planet’s entire population.

A significant upswing in the production of human-made objects started to occur from the 1950s onwards. This period is when modern building materials like concrete, or asphalt, which we use to construct roads, became more commonly used.

A significant percentage of the mass of human-made objects was found to come from buildings and roads.

Plant mass has been cut in half

Biomass, or the weight of living things, has also been decreasing. In recent years scientists have warned that we are in the middle of a sixth mass extinction event which they say is being caused by human overconsumption.

Since the first agricultural revolution over 10,000 years ago, human beings have caused plant biomass to halve. Researchers found that plants made up 90 per cent of the mass of living things followed by bacteria, fungi, single-celled archaea, protists, and animals.

How land is used is constantly being changed by humans. Although this means more crops are being grown, losses from deforestation and other environmentally damaging practices dwarf gains from agriculture. Hunting, overfishing and animal agriculture have also contributed to a loss in the mass of living things.

Deforestation and other environmentally damaging practices dwarf gains from agriculture.

“This study demonstrates just how far our global footprint has expanded beyond our ‘shoe size,’” says Milo.

“We hope that once we all have these somewhat shocking figures before our eyes, we can, as a species, behave more responsibly.”