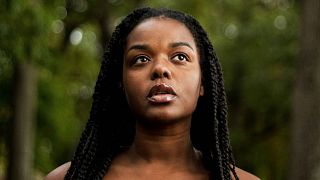 Environmental racism has 'ripped' black people away from nature   -   Copyright  Unsplash
The opinions expressed in this article are those of the author and do not represent in any way the editorial position of Euronews.
By Sage Anifowoshe  •  Updated: 16/10/2020

When I picture the environment, I picture the Earth at large. I see trees, parks and beaches, but also concrete, tower blocks and motorways, deserts, jungles and oceans. I see man-made things and things that are naturally occurring, my immediate environment and environments far away. Depictions of the environment will vary amongst people, as this is influenced by what you have access to, but I only began to critique mine when I discovered the theory of ecofeminism and green consciousness.

Ethical fashion and beauty vlogger Rian Phin introduces the concept in their YouTube video What is Ecofeminism and Green Consciousness, which implores you to picture the environment before delving into the meaning of nature. “The first environment for most people is the womb, meaning the parent who chooses to carry you to term should have access to healthcare and is safe,” says Rian.

This was a revealing moment for me.

I instantly connected the lack of care and protection given to pregnant Black women and non-binary people, and the overarching oppression Black women face, with the ongoing destruction of the environment due to capitalist, imperialist activity.

Not only are this group more at risk of dying during childbirth than their white counterparts, from the get-go, Black women are excluded from achieving a higher quality of life. Whether it’s being denied healthcare or being denied the opportunity to relax, heal, and enjoy nature, this draws a striking parallel with how natural resources are seen as an infinite resource to be stolen, plundered, or abused.

Ecofeminism is both a philosophical and political theory. It is a movement that recognises that the exploitation and destruction of the natural world by the white man parallels the subordination and oppression of women, particularly Black women and gender non-conforming people. Ecofeminism “brings together elements of the feminist and green movements, while at the same time offering a challenge to both,” states sociologist and professor Mary Mellor, University of Northumbria.

The idea that Black people are inherently disconnected from nature and less inclined to care about environmental issues is largely a myth rooted in anti-Black racism.

The reality is generations of Black people have been displaced from their native lands by European settler-colonialism over centuries; the mass migration resulting in the severing of vital social relations and important traditions that keep Black people spiritually and physically connected to the earth. Vast swathes of land were rigorously depleted by enslaved people to make space for more crops, permanently damaging ecosystems, as well as destroying recognisable routes that helped enslaved people get free from the chains of oppression.

The ripping of Black people from their roots and role as caretakers of the land has been detrimental to their livelihoods and the planet. Black women have been at the forefront of sustainable farming practices, herbalism, and healing rituals, but these traditions were disrespected by white slaveowners whose constant tilling of the land and not adhering to proper sowing of crops has contributed to the current environmental crisis. In the early 1900s, Black agricultural scientist George Carver was invested in finding alternative crops to cotton and warned of an immediate need to transition, both as a socio-political and agricultural remedy of the land.

Ecofeminist theory tells us that such practices are, and were, devalued as they are rooted in the liberation of Black women as a subjugated class, and caring for the Earth and reconnecting with nature is the most radical thing we can do.

The majority of the UK’s Black population is now dispersed in urban cities such as London, Bristol and Liverpool. This is no coincidence - enslaved Black people were ferried to the ports of England in light of the expansion of the British empire, to be employed as servants or traded for goods. Black people remain geographically concentrated in these areas for their continued labour exploitation.

Urban life means Black people are disproportionately exposed to pollution and have higher living costs despite being paid less. Black women bear the brunt of this as we’ve been assigned domestic roles, stationed in kitchens, nurseries, holding down multiple jobs as breadwinners of their households, we aren’t afforded the time to rest and relax.

Banned from swimming pools, parks, and countrysides which were designated as white spaces, how could we enjoy the outdoors?

Black women have been pushed out of safe and natural places and subjected to environmental racism in order for white society to have a better quality of life. Banned from swimming pools, parks, and countrysides which were designated as white spaces, how could we enjoy the outdoors? The construction of the environment was always meant to exclude us - nature functions as a material and spiritual resource - and having access to nature gives you access to direct production outside capitalist production, which is something Black women aren’t afforded.

Urban landscapes are depicted as monsterous concrete jungles that people should fear and avoid, whereas naturally existing landscapes are to be conserved and saved by whiteness. This insinuates that spaces constructed by humans are abnormal and othered, which ultimately leads to exploitation.

Communities in touch with nature

Despite all these factors, Black communities have green-conscious practices that are in touch with nature, unlike white people’s consumption.

From repurposing food packaging as containers, to buying household staples such as rice in bulk, I learned how to be resourceful in this way from no one other than my mother who worked long, late-night shifts as a nurse to provide for her four children.

By contrast, white consumption patterns are found to contribute greatly to greenhouse emissions.

Ecofeminism is an anti-colonial struggle and we must claim it back. I spoke to Josina Castille, co-founder of Land in Our Names, a land reparations collective, who tells me we can learn from the current land rights struggle all across the western hemisphere. She says we must demand reparations and put emphasis on our own healing.

The notion that Black people are aliens to the outdoors is a “whitewashing” of history, according to Carolyn Finney of Black Faces, White Spaces. Josina agrees, “we have right to this land based on the fact it’s our labour that built this country,” she says.

By 2050 there will be a catastrophic two-degree rise in average temperature. Mass migration will occur, leading to shifts in production dynamics globally and politically. Black women are already creating mutual food aid groups, leading community gardens, and more. If we are to minimise the impact of global warming on our planet, Black women must be provided with the tools necessary to take back the environmental movement and reclaim what’s rightfully ours.