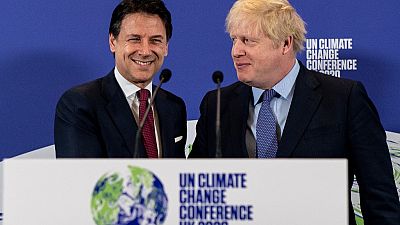 Sponsors for the UN’s COP26 climate talks in Glasgow will have to have “strong climate credentials”, says the UK Government.

The talks will take place in 2021 after being delayed by COVID-19. With some 30,000 delegates expected to attend, it is set to be the largest international summit the UK has ever hosted.

In a call for companies to register their interest in sponsoring the event, the organisers say they are seeking companies that “are making real contributions to the fight against climate change” and are “aligned with the aims of COP26”. Sponsors will also have to have real commitments in place to help them reach net zero in the near future.

Previously fossil fuel companies have been among those providing sponsorship to help meet the estimated €275 million cost of hosting the summit. At the 2015 talks in Paris, where the now famous 1.5 degree agreement was made, some of the sponsors included French utility company Engie, electricity provider EDF and BNP Paribas - a bank which has a record of funding coal mining and coal-fired power stations.

In 2018, state-owned Polish coal producer Jastrzębska Spółka Węglowa (JSW) sponsored the yearly climate talks which were held in Katowice. The country’s pavilion at COP24 was “chock-full of actual coal”.

JSW said that the partnership would allow them to showcase “pro-ecological changes in the mining sector”, and in his opening remarks, Polish President Andrzej Duda claimed that the use of coal did not “contradict the protection of the climate and the progress of climate protection.”

Reducing the influence of energy companies

While some have welcomed the new requirements set by the UK Government, questions have been raised as to how far they will go to reduce the influence of energy companies on the talks.

After announcing ambitious and contentious “net zero” plans earlier this year, a freedom of information request by Greenpeace’s investigative unit discovered that British oil and gas company BP could be a “key stakeholder” in the event.

Notes from the meeting revealed that while BP was keen to “invest in the clean energy transition”, it was suggested that ministers also make clear the “continuing importance of oil and gas” to the global economy. The government said in response to the claims that it hoped to encourage all sectors ”to move the global economy to net zero emissions. This includes a wide range of energy companies”.

Sriram Madhusoodanan, deputy campaigns director for non-profit Corporate Accountability, told Greenpeace’s Unearthed that BP “should be barred from interfering at any level of climate policy making”. The organisation campaigns to stop corporations from “devastating democracy, trampling human rights, and destroying our planet”.

Madhusoodanan added that “having BP at the table is inviting the fox inside the hen house and will only mean less progress, less ambition and less justice from the UK government and from the UNFCCC process itself.”

Climate activists in gondolas protest in Venice to stop it sinking