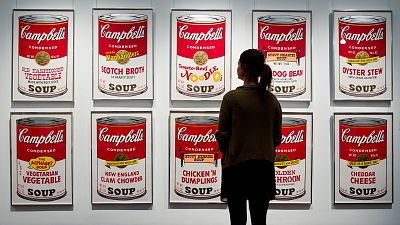 From fashion to food, increasingly companies are pledging to become more sustainable in response to goals set out by Paris Agreement on tackling climate change. Iconic brand, Campbell’s Soup, is no exception, having just announced a green plan to reduce packaging waste by 2030 using a circular approach to sourcing, manufacturing and recycling.

Campbell’s is one of the oldest living brands in existence. It has been sold in 120 countries worldwide since the canned food business was founded by Joseph A. Campbell in 1869, expanding more recently to sell simple meals, condiments drinks and snacks exclusively in the US. In total, Campbell’s make year on year sales of approximately €7.4 billion – that’s a lot of packaging.

‘Cream of Celery’ won’t be the only green soup the company will sells for much longer, however. A four-point sustainability plan has been put together that will see packaging waste minimised and kept out of landfills for all of their products.

How do you keep soup cans out of landfill?

As part of its global environmental management system, Campbell’s has made the decision to transition to 100 per cent recyclable or industrially compostable packaging and materials by 2030. It will also use whatever is recycled and turn that into polyethylene terephthalate (PET) bottles by 2030 – these are then commonly used in foods and beverages and personal care products. Products will include the How2Recyle label on all packaging by 2022 and more investment will be made into recycling partnerships to improve the development of infrastructure.

“Our new packaging commitments provide a roadmap to further reduce the environmental impact of our packaging over time and build upon our history of sustainability,” says Craig Slavtcheff, Campbell’s Executive Vice President.

Commitments such as these could play a major role in determining the overall waste statistics in the US in years to come. In 2017, more than 126 million tonnes of municipal solid waste (known as MSW) was landfilled. That’s over 52 per cent of the total waste generated. Despite the United States’ best efforts to increase recycling and composting capabilities, landfill still came out on top as the place where the majority of rubbish bags end up, according to the Environmental Protection Agency.

What would Andy Warhol say?

Andy Warhol is the most famous Pop Artist of the last century, having died aged 58 in 1987. In the early 1960s, Warhol put Campbell’s Soup on the map when he chose to make the now epoch-defining work ‘Campbell's Soup Cans’ comprising 32 canvases in print. Each canvas consists of a painting of a Campbell's Soup can, including chicken noodle soup, cream of mushroom and the classic tomato soup.

Critics of Andy Warhol have long asked, how and why is this art? Steven Zucker and Sal Khan from the online Khan Academy discuss this in detail. “It’s advertising”, on one level, they say.

“If I didn’t see this in a museum and if I just saw it in the marketing department of Campbell’s soup, would you be viewing it differently?” the pair ask each other.

It represents modern art at its core, agree Zucker and Khan. “You can take something that’s not necessarily based on technical skill,” and when you relocate it into an art setting, it makes you think about it in a different way. Taking something “mundane” in everyone’s cupboard, and making it “the focal point, like you should pay attention to this thing.”

It was 1962 and perhaps Warhol was saying, “what is it about our culture that is really authentic and important?”. It’s about mass production and factories, conclude the pair. In a sense the artist was saying, we are no longer a culture rooted in nature, “we’re now an industrial culture.”

Warhol was known for his reliance on themes from popular culture, such as the Coca Cola and Brillo Pad prints or the vibrant representation of Marilyn Monroe. But he also cared about the natural environment. One of his most famous quotes is as follows,

I think having land and not ruining it is the most beautiful art that anybody could ever want to own.

In 1983, he dedicated a whole series of artworks to endangered species across the globe, to raise awareness around the animals that were threatened by extinction. Animals included the African Elephant, the Giant Panda, the Siberian Tiger and the Orangutan. The National Museum of Wildlife ‘Art’s described the Endangered Species series by saying, “Warhol draws attention to the rarity of these animals and gives each the “star” treatment.”

This begs the question, what would Warhol say he if he were alive today? Would he approve of his most famous canned, kitchen staple moving in a more environmentally-friendly direction? We think so.