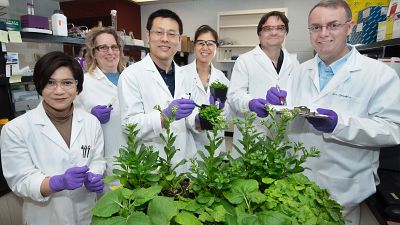 One in four workers would take a pay cut to do work that’s better for the environment, according to new research by careers site Totaljobs. That figure rises to half among millennials, aged 23-38.

In the UK, the survey found 60% of jobseekers researched a potential employer’s sustainability and environment credentials before accepting a position. Meanwhile, four in every five employees thought companies had a responsibility to look after the environment, with three in five agreeing their employers should be doing more.

Around the same amount were willing to accept cuts in spending on activities like team lunches, furniture and events.

Some 18% of workers in general and 34% millennials reported that they would refuse to work for a company they thought was harming the natural world. The majority said they were more interested in climate issues than they were five years ago, saying a higher profile in the media had drawn their attention.

The influence of naturalist and broadcaster Sir David Attenborough and young activist Greta Thunberg were also cited as key drivers for people to cut their carbon footprint.

“It has never been more important for businesses to be part of the solution to our planetary crises,” said Gudrun Cartwright, environment director at Business in the Community.

“Young people are no longer begging leaders to change but telling them that change is coming regardless. Businesses that ignore it face an imminent existential threat. Our futures depend on rapid, ambitious action, and we can all make a difference.”