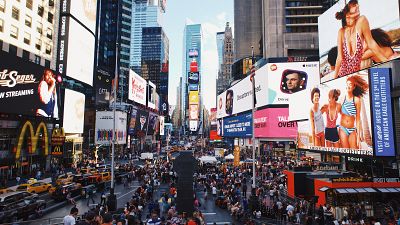 Black Friday is one of the busiest shopping days of the year. In 2019, 93 million people went online to get their shopping in before Christmas.

The day, famous for ridiculous discounts, follows Thanksgiving and is an effort by retailers to encourage people to start buying for the rapidly approaching festive season. It started in America and heavily reduced items often see websites crash and physical violence as shoppers rush to take advantage.

As the world slowly becomes more conscious of overconsumption and moves towards buying less, a handful of brands are opting out of Black Friday sales altogether. One such campaign, dubbed “The Make Friday Green Again” collective, is encouraging people to see what items they already have in their wardrobes that can be recycled or reused instead of buying things they may not need.

Headed by French brand, Faguo, the collective has brought together 450 other retailers in a pledge to refrain from participating in the big sales event. As part of their commitment, they will also be encouraging customers to consider reasoned and responsible consumption as a more general part of their life.

Could we be encouraging overproduction?

They aren’t only ones as other groups are campaigning for customers to reject consumerism on its most holy of days. “Black Friday represents a sore spot in an industry that runs on overproduction,” says Cary Somers, founder of Fashion Revolution (FR). The group claim that “hyper discount culture” fuels brands to produce too much stock as they know they will be able to shift it once the holiday season comes around. Generally, companies plan to produce too much stock in the hope of capturing every possible customer. They then get rid of whatever doesn’t sell by trashing it, donating it, or selling it at a massively reduced price.

Every year FR publishes a Fashion Transparency Index which ranks the leading 200 brands and retailers based on how much information they provide about their manufacturing and sales processes. “For all the media scrutiny surrounding leading brands incinerating unsold stock over the past year, we were surprised to see that only 26.5% of brands and retailers describe what they what they are doing to reduce the amount of unsold and defective stock,” explains Somers. With retailers mercilessly advertising their Black Friday deals, sometimes weeks in advance, the reality of what the rest are doing is probably not what the environmentally-conscious shopper would want to hear.

Discount at the expense of workers and the environment

Lack of transparency shields consumers from the quantity of waste accrued by the companies that make our clothes and other goods which see their prices slashed in the run-up to Christmas. The Pulse of the Fashion Industry report claims that 4% of global waste, that’s nearly 84 million tonnes, is generated by the fashion industry. Although our willingness to pay for responsibly produced items is increasing, just over half would pay more according to a survey by Accenture reluctance to invest in sustainable purchases often provides reasoning for brands to refuse to adopt more sustainable policies.

Read More | The Debate: Should fashion weeks be cancelled?

“When we buy into these seemingly good deals, we send a message to brands that it’s okay for them to thoughtlessly produce,” Somers adds. By helping the worst offenders to get rid of their stockpiles, we could be discouraging them from engaging in meaningful change and reinforcing reasoning for lower prices at the cost of the wellbeing of workers and the environment. Somers goes further to say that getting a good deal one day of the year may mean that workers face undue strain from the demand of overproduction in their daily lives.

“Cheap prices may seem appealing in the short term,” she says, “but all of us as global citizens will ultimately end up paying the external cost, the true cost of the unsustainable consumption and production of cheap clothing based on the exploitation of raw materials, workers and the environment.”

So, Fashion Revolution is asking you to do something different this Black Friday and donate to their cause. As they champion a rejection of overconsumption, the campaign asks people to instead donate to help them empower citizens and brands.

Days before COP26, UK budget ‘flies in the face’ of climate logic